Though endemic to Indonesia's archipelago, the blushing cockatoos had also been introduced to Puerto Rico and Singapore. They are one among the six species of corella, a category within the cockatoo family found in Australia.

Since 2015, researchers have been studying the Goffin's cockatoo but found it difficult to observe them in the wild, as they live in dense canopy and naturally shy. Which is why researchers initially studied wild-caught birds in a field aviary before releasing them back into the forest.

It was then that Dr Mark O'Hara and his team had observed "high level of dexterity in manufacturing and using the cutlery" among the birds.

Types of tools the birds use as 'cutlery' 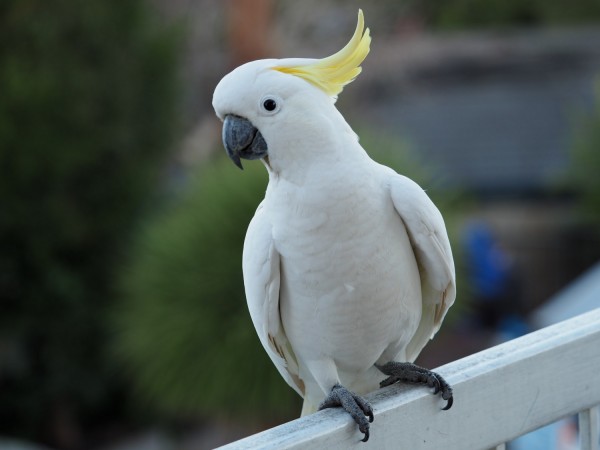 "We were blown away that all of a sudden one of them just started using tools (on sea mangoes)," O'Hara said on their observation of cockatoos eating different tropical fruits.

"It turned out that within the flock of 15 birds, only two individuals did that."

The team first classified the tool that looked like sturdy, thick twigs that wedges a fruit open, allowing access to its inner portion, like a knife. The tool was medium-sized that spoons out inner seed matter.

The cockatoos split slim wooden fragments from branches to create fine and medium tools, while severing an entire branch for the sturdy ones, and just removing a portion of the branch stump. The birds used an average of eight tools per piece of fruit using only their beaks.

Berenika Mioduszewska of the University of Veterinary Medicine Vienna, one of the study's lead authors, said that "the behavior does not appear to be genetically inherited as it is not species-wide", unlike other birds such as New Caledonian crows.

"Only very few individuals were using those tools. That is an indication that it likely developed individually as an innovation."

"Corellas are smaller than the other cockatoos," Mioduszewska said. "The smaller bird might have a smaller beak, so they cannot just bite open the fruit and therefore they might need some little tricks."

The team's study aims to investigate prevalence of social learning among groups of Goffin's cockatoos across the Tanimbar Islands, and how this implies convergent evolution among the birds.

In addition, their observations will provide understanding on how species without hands can achieve 'dexterity in a high-precision task', and how 'presence of flexible use and manufacture of tool sets in animals is distantly related to humans', opening multiple avenues for future studies.