The major ways humans are exposed to PFAS were believed to be food and water, but the study highlighted the risk of inhaling them.

New study has discovered that toxic PFAS compounds are polluting the air in our homes, classrooms, and stores at alarming rates.

Researchers from the University of Rhode Island and Green Science Policy Institute carried out a test on indoor air at 20 locations and they found the "forever chemicals" in 17 places.

The airborne compounds are believed to break off products that are PFAS-treated like clothing and carpeting and join to dust or freely float through the indoor surroundings.

Previously, experts took both food and water to be the two major routes by which PFAS become exposed to humans, but the authors of the study note that many humans are mostly indoors, spending about 90% of their time there and the discoveries propose that taking in the chemicals possibly represents a third notable route of exposure.

Also Read: Forever is Real: People in 43 US Cities are Drinking Toxic "Forever Chemicals" in Their Tap Water

A co-author and senior scientist at Green Science whose name is Tom Bruton said: "It's an underestimated and potentially important source of exposure to PFAS."

Per- and polyfluoroalkyl substances (PFAS), are a class of around 9,000 compounds used in making products water, stain or heat-resistant. Since they are very effective, dozens of industries use the chemicals and they are in thousands of daily consumer products including carpeting, stain guards, and shoes.

Industries manufacturing textile make use of them to produce waterproof clothing. They are used in floor waxes, firefighting foam, food packaging, nonstick cookware, cosmetics, and a lot more.

Since PFAS do not naturally break down they are called "forever chemicals". They accumulate in both animals and humans and are connected to birth defects, hormone disruption, cancer, low immunity, disease of the liver, thyroid disease, and varieties of other severe health problems. 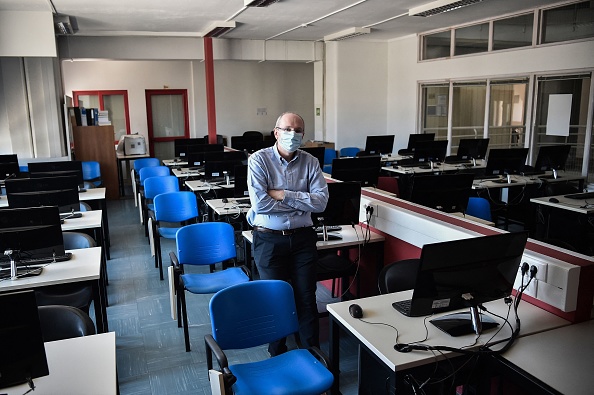 Where can PFAS be Found?

A February Guardian examination of products used at home discovered an indicator of PFAS, fluorine, contained in 15 items.

The chemicals are commonly used and this made it difficult to say with exactness where the entire airborne PFAS are from, although the new study also discovered that they are present in carpets and clothing at some places.

Released on Tuesday in Environmental Science & Technology, the study made use of a new PFAS measurement strategy for checking air.

Particularly, it found increased levels in a number of kindergarten classrooms and also inspected the storeroom of an outdoor clothing store, university laboratory, several university classrooms, offices, and an elevator.

Bruton said: "This reinforces that as long as there are PFAS in products that we have surrounding us in our homes and in our lives, there's going to be some amount that ends up in the air, ends up in dust, and we are going to end up breathing it in."