Scientists have discovered that radioactive snakes residing in the Fukushima Exclusion Zone may be used to monitor nuclear pollution.

Recent research reveals how the radionuclides collected by Japanese rat snakes (Elaphe climacophora and E. quadrivirgata) are ideally positioned to help map changing degrees of ambient radioactivity, ten years after one of the worst man-made nuclear disasters in history.

The Radioactive Snakes in Fukushima 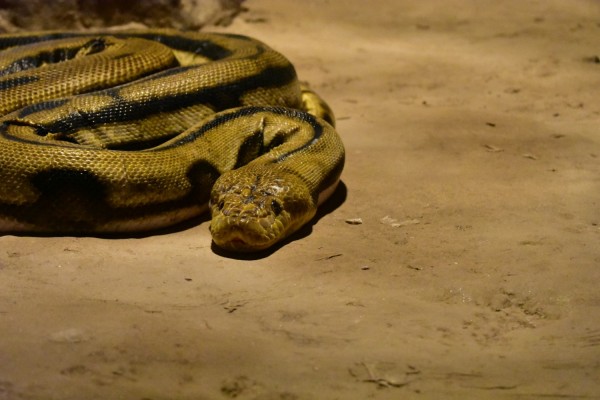 Radioactive snakes are potentially strong markers of environmental pollution because they spend so much time in and on the ground, according to University of Georgia ecologist James Beasley. They have narrow home ranges, are significant predators in most environments, and these particular species live long.

The snakes have a narrow range, covering about 65 meters (213 feet) each day on average. Scientists previously discovered that radio cesium levels in snakes at Fukushima were strongly connected to radioactive pollution levels in their surroundings in a prior investigation. This implies that following and researching the snakes should disclose amounts of radiation in the surroundings.

The amount of pollution in the environment varies depending on the topography and landscape characteristics such as ground cover. Snakes are tightly linked to their habitat not just because of their homebody nature, but also because of their radiation exposure, which might help researchers understand the impacts of radiation on certain ecosystems and how it can influence other animals.

The team's research entailed capturing and GPS-tagging nine snakes with extremely high frequency (VHF) transmitters, that could even tell whether the snake was on the ground or in a tree, led by University of Georgia ecologist Hannah Gerke.

For a month, the nine snakes were monitored as they traveled around their native habitat in the Abukuma Highlands, some 24 kilometers (15 miles) northwest of the Fukushima Daiichi Nuclear Power Plant.

In total, 1,717 snakes were tracked. The snakes mostly spent time together in forests, meadows, and beside roadside creeks. They also spent time in deciduous forests and abandoned structures, particularly abandoned barns, and liked to be close to highways. One case of a snake traveling more than 250 meters (about the height of the Empire State Building) from a road has been reported. The snakes, on the other hand, prefer to stay on the fringes of evergreen woods.

Snakes stayed in the same refuge for several days at a time, resulting in tiny average migrations and home ranges. These findings provide light on snake movement patterns, behavior, and habitat choices in a polluted landscape, helping to better inform future predictions of external radiation exposure and, in turn, reducing uncertainty in dose-effect correlations for snakes in the Fukushima Exclusion Zone.

Environmental Contamination: The Effects of the Fukushima Nuclear Disaster

Radioactive material (radionuclides) was released into the atmosphere after the Fukushima nuclear catastrophe in 2011. The weather spreads radioactive fallout locally, regionally, and worldwide across land and water (wind and precipitation).

Not only was radioactive material discharged into the atmosphere because of the Fukushima catastrophe, but it also entered the water - principally the water that was pumped into the reactors for emergency cooling, but also groundwater seeping into the plant. Substantial amounts of radioactively contaminated water was pumped out of the reactor, filtered, and stored in many tanks on the reactor site.