People visiting Death Valley National park are witnessing an interesting occurrence which residents in France celebrate yearly. Most of the hills there are blooming with salt and this is a phenomenon that is sometimes called "salt flowers."

Per park officials, "following a bit of rain this summer, many hills are "blooming" white with salt!" 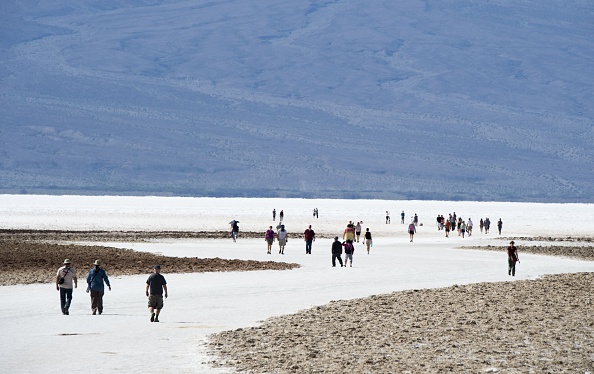 The appearance of the salt coating is usually referred to as efflorescence and many hills in the park have been coated with salt flowers, bringing about an effect not different from what it might appear like following a light snowfall.

In spite of the comparability to light snowfall, lately, it clearly hasn't been cool enough for Death Valley's snow. In recent weeks, temperatures in the region have been between 110 and 120 degrees Fahrenheit most of the time, with a few days exceeding 120.

Naturally, earlier this year, Death Valley became well-known when temperatures there flirted with 134 all-time world record high set back at Death Valley in 1913.

Efflorescence takes place when rain goes into the soil and dissolves the salts which are underneath the surface. When the evaporation occurs, it takes out the dissolved salts to the surface through a process referred to as capillary action and then leaves a new salty crust behind.

Also Read:  Death Valley In Danger Of Becoming Uninhabitable As It Records Hottest Month In History

People's Experiences at the Death Valley

Park officials posted on Facebook that "over time, this white coating can erode away, but comes back brilliantly white after additional rain."

Facebook users who left a comment on the post wrote about their experiences with efflorescence in the famous national park, which is well-known as a park with extreme heat.

Ed Swale wrote: "One of my favorite pictures I've taken in Death Valley. Some poor fool gave up walking back to the road with two boots. I can't imagine the walk on the sharp salt around Badwater Basin."

The French among many other countries are known for harvesting salt. Actually, efflorescence is a French word and it means the state of blossoming or the production of flowers or the formation of a powdery surface. In the South of France, harvesters, sometimes referred to as salt shepherds, hand-harvest  280,000 tons of salt every summer. 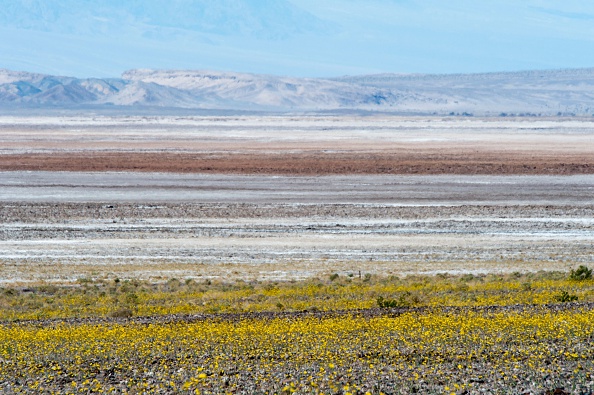 The Camargue which is an extensive and wild river delta that releases its content into the Mediterranean Sea, witnesses rainfall totals and heat and this makes it a good place for extracting the sea salt.

Many are hoping Death Valley's summer rain will make for a more special spring bloom for which the park is generally known. But the extraordinary spring flowers are usually the exception, not the rule.

As per the park's website, a good wildflower year is determined by a few major weather conditions: Properly spaced rainfall all through the spring and winter; Adequate warmth from the sun; Absence of drying winds.