A new study suggests that a certain type of bacteria in the Canadian Arctic can break down diesel and oil, which could 'respond well to an oil spill' in the region.

Scientists at the University of Calgary said these 'mysterious' microbes can be found in the icy waters of the Arctic, 'capable of biodegrading' the fossil fuels present in the Labrador Sea.

The scientists believe that these types of bacteria known as Paraperlucidibaca, Cycloclasticus, and Zhongshania, can give solution to growing oil spill problem and long-term effects on surrounding Indigenous communities, specifically the 2010 Deepwater Horizon oil spill. 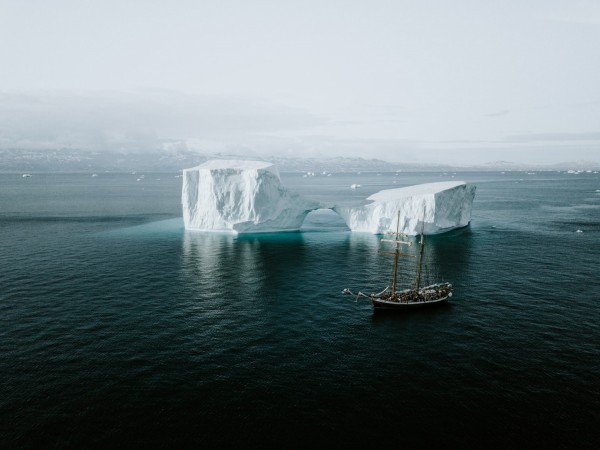 Sean Murphy, student of Dr. Casey Hubert, coauthor and Associate Professor of Geomicrobiology at the university, alerted the professor of the growing problem.

Murphy grew up in the region and initiated the project with hopes to ensure that the people of Newfoundland and Labrador continues to gain benefit from the offshore oil in the form of fuel and "help inform future oil spill mitigation strategies at cold temperatures in the region."

To begin with, researchers simulated oil spill remediation inside of bottles filled with mud of Arctic seabed, artificial seawater, and diesel or crude oil, performed at 4°C, to approximate the temperature in the Labrador Sea.

After several weeks, the team found marine bacteria in the Canadian Arctic that can eat up oil and diesel in the ocean.

In addition, their findings suggest that these microbes are capable of oil and diesel fuel degradation even in frigid waters off the Labrador coast.

"Most of the studies that look at oil-eating bacteria are from lower latitudes," Dr. Hubert added. "It's not new that bacteria eat oil, but it's interesting to start to learn about how they would do that in Arctic environments where the temperature is really cold."

Also read: A Deadly 'Brain-Eating' Disease is Spreading Among Animal Population in Texas

The study implies pre-spill strategies and early prevention of massive oil spill cleanup in case of future oil spill in the Arctic or elsewhere.

Since the indigenous people on Labrador coast relies on the ocean for food, it is crucial to keep the region and its people safe, especially given that these 'permanently cold waters' have been increasing its industrial activity related to maritime shipping and offshore oil and gas.

"As climate change extends ice-free periods and increasing industrial activity takes place in the Arctic, it is important to understand the ways in which the Arctic marine microbiome will respond if there is an oil or fuel spill," Dr. Hubert continues.

The fossil fuel-eating bacteria is deemed worthy of representing an 'especially significant' role in the response to Arctic marine oil spills.

"We like to say that microbes are nature's first emergency responders ... they start cleaning up the oil if they have the ability to degrade."