Corsica Island, an 'impregnable fortress' in the Mediterranean, resembles a miniature continent that is famous for its white sandy beaches and cerulean blue waters. It has also been a home to local cows that has recently gone strangely 'aggressive' and started attacking tourists, forcing beaches to close.

Authorities say there might be a 'turf war' going on among the 15,000 cows that were once used to having the peaceful beach to themselves. However, now that COVID-19 restrictions are starting to lift off, tourists are back in the beach again and the herd to seems angry about it. 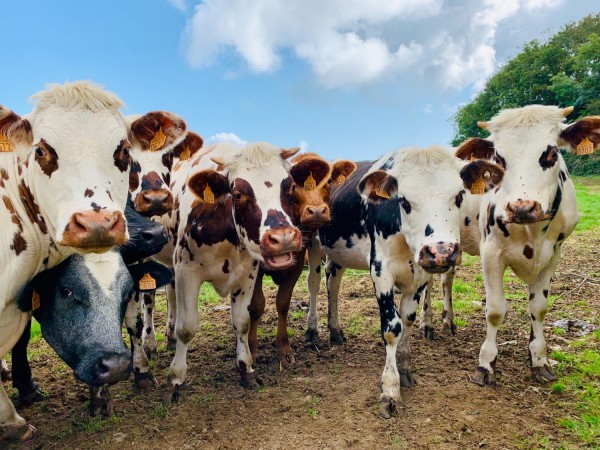 (Photo : Photo by Lomig on Unsplash)

After a year-long lockdown, tourists who returned to the island's famed beaches to seek some relaxing time on the beach were gored down by herd of aggressive cows.

One man in Lotu beach was chased by the herd down a popular street and gored in the neck, which was immediately brought to the hospital. Meanwhile, in the mountain village of Lozzi, 70-year-old woman received 'severe leg wound' after she was suddenly attacked while hanging out her laundry to dry.

"The lady was wounded two centimeters from the femoral artery," Lozzi mayor Francois Acquaviva told local newspaper Corse. "If this goes on, there will be deaths."

To avoid further surge of the 'violent situation' and cause more injured tourists, officials decided to close down beaches along southern part of the island near Ajaccio after cattle destroyed cars, private properties, and picnics.

"Tourists laugh at this as folklore and take pictures, but it's a real pest ... When you see that [the cows] are heading in a particular direction, it is best to give them priority," a councilor and animal rescue official said after noting how other people take the situation 'humorous'.

Cows in other regions are killed for food

While island cows had proven 'to be quite the handful', other cows in a different part of the world are in a vulnerable state and hunt for food.

In southern Indiana's Scott County, weak or vulnerable cows and other small livestock are attacked by black vultures and kill them for food.

Black vultures somehow play a significant role in the ecosystem as they eat remains of dead animals that are left in the open. This prevents other animals from eating them and catching possible sickness which can spread in humans if they enter in the food chain. However, vultures also go after living animals which worries farmers like John Hardin who works in animal husbandry business.

"The black vultures, now that's a very, very aggressive bird," Hardin said. "They're basically waiting for the cows and calves to die or trying to kill them."

Hardin lost between two to four animals from black vultures.

"When you're in the animal husbandry business, one of the worst things you want is for an animal to die, especially the way vultures do it," he added.

While black vultures are protected under an international law, livestock producers across the state finds ways to address these birds, with varying levels of success.

Also read: Rattlesnakes Can Deceive You Into Thinking They're Closer With This 'Sound Trick'