The role of the rattlesnake as a crucial link in the food web considerably surpasses its potential threat to our health. In reality, rattlesnakes and other predators are likely to suppress rodent-borne diseases to a large extent.

Respect them, keep a safe distance from them, and then let them fulfill their important ecological purpose. Rattlesnakes are pit vipers with a heat-sensing pit on either side of their head, about between the nostril and the eye. Warm-blooded prey are detected via these pits. 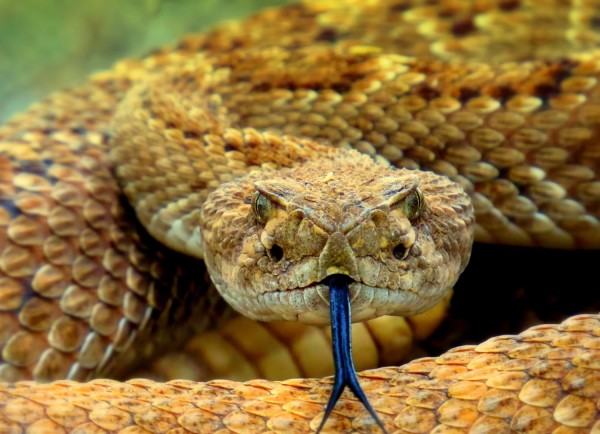 Rattlesnakes employ high-speed rattling to deceive humans and possibly animals into thinking they are closer to the poisonous vipers than they are.

However, a new study published in the journal Current Biology on August 19 suggests that communication is more complicated than previously thought.

When test volunteers were instructed to listen to rattlesnakes in a virtual-reality meadow and estimate how far away they were, they answered reasonably well when the rattles were slower, or lower-frequency. Any intruder foolish enough to approach receives a clear message from a rattlesnake's maraca-like tail shake: "Stay away!" When the snakes are ignored, they use an acoustic gimmick to make it appear as if they sprang out of nowhere. The humans were misled into thinking the snakes were much closer than they were as the rattles became faster.

The capability of the snake's tail muscles to shake up to 90 times per second is responsible for the noise. This frantic shaking serves as a warning to other animals and humans that they are nearby. Despite this, rattlesnakes still account for the majority of the 8,000 or so bites that occur in the United States each year.

For decades, scientists have known that the rattling can fluctuate in frequency, but there has been little research into the implications of the change in sound.

In a virtual reality meadow, 11 persons were exposed to rattlesnake rattles. As they approached the 1-meter mark, participants often came to a halt when they heard a slow, consistent rattling of 12 Hz. They come to the conclusion that the sudden shift is a form of auditory trickery intended to startle humans.

Rattlesnakes will go to great lengths to hide interaction with humans. The bite is a defensive reaction and should not be interpreted as an aggressive act. Each year, approximately 8000 humans are bitten by venomous snakes in the. Only about 1% of those bites result in death.

When the weather is hot, rattlesnakes can be found in rock piles, woodpiles, and shady areas, as well as sunning on rocks or in the center of a road.

Rattlesnakes are most numerous in Sedgwick in the spring and fall, when ground squirrels give birth. They are occasionally sighted in the early evening and after dark during the hot summer months.

Wear thick high boots and have a long walking/snake stick (for rustling brush before entering in). The key is situational awareness, and ensuring that the snakes can hear and feel you. If they can, they will be more afraid of you and flee.