A scuba diver off Australia found out there was some strange behavior anytime he encounters a male sea snake - the venomous animal would coil all over his fins, licking the water surrounding him and would chase him underwater at times. Now, he is aware of the reason for this: mating season has arrived, and the males believed he was possibly a mate.

The diver and another researcher carried out an analysis on 158 of these interactions with Aipysurus laevis - olive sea snakes - over several years in the Great Barrier Reef in a new study. 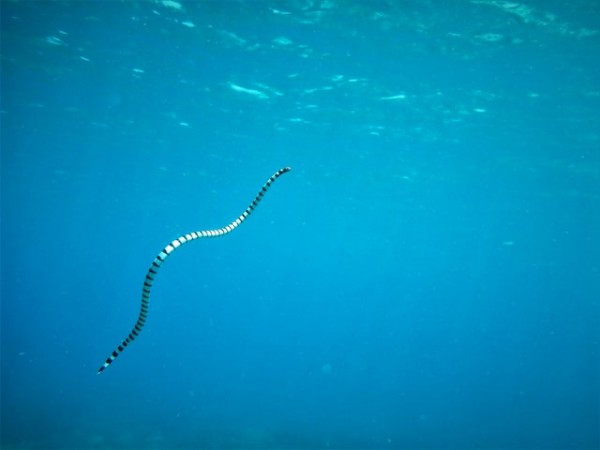 They discovered that kind of interaction were more usually noticed during the mating season of the reptiles. The sexually frustrated reptiles also showed intricate behaviors that are usually used in the time of courtship between the serpents in the sea.

Rick Shine, the lead author and also an evolutionary biologist and reptile expert at Macquarie University in Australia, disclosed to Live Science that "males are very aroused and active while looking for 'girlfriends.'"

But due to the fact that the males are not able to differentiate between female snakes and scuba divers, it can bring about some comical interactions, he added.

Even though olive sea snakes are venomous, and could possibly be deadly to humans, the researchers do not believe that humans are at high risk from swimming together with the snakes amid their mating season.

Tim Lynch who is now a senior research scientist at Australia's national science agency - CSIRO - gathered the data in the middle-1990s when he was working on his doctorate at James Cook University in Australia.

He made some recordings of the encounters all over the Keppel Islands in the southern Great Barrier Reef. Also, he was the first to discover a connection between their strange behavior and mating.

Lynch said: "It was exciting; they are the most graceful of animals and also have no evolutionary relationship with people. They are not actually trying to attack you; they are just curious." 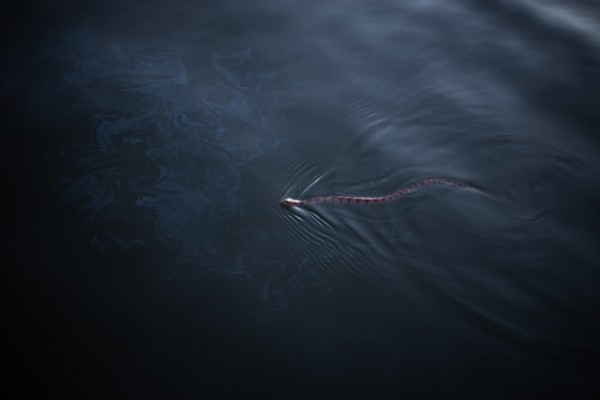 The new study was developed after Shine read the work of Lynch while carrying out researches about sea snakes. Shine said he read Lynch's thesis and he thought it was great, and then convinced Lynch to work together with him to finally publish the exciting outcomes.

Even though the data were gathered over 25 years ago, the researchers still believe the discoveries are useful today.

A sea snake approached Lynch during 74 out of 158 encounters, and most of these coincided with their mating season which is between May and August. Males were also notably more likely to approach than females, and show some mating behaviors toward, the diver, mostly during the mating season.