Language, more than anything else, characterizes human nature. Speech, or the vocal production of language, necessitates fine control of our vocal articulators, which includes the tongue, lips, and jaw.

Every baby faces the task of learning to regulate the vocal articulators, precisely enough to make spoken sounds. Babbling is when infants begin to generate their initial utterances that resemble speech sounds.

Babbling is an ubiquitous component of typical child growth, regardless of the culture or language to be acquired. 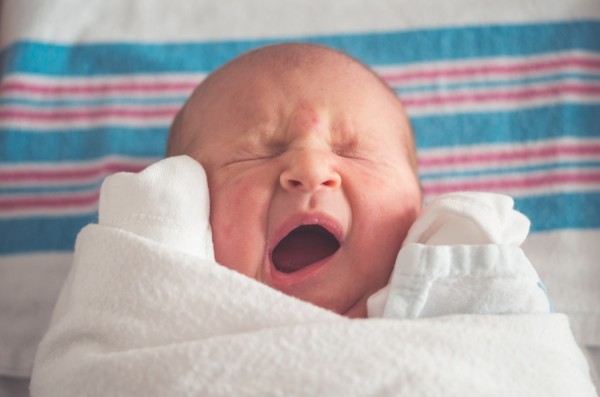 When Ahana Fernandez and her colleagues wander through the Central American jungles, they listen for a peculiar sound: high-pitched, incessant chirping and squeaking. Greater sac-winged bat pups are making the noises (Saccopteryx bilineata).

Despite the fact that they don't sound anything like human newborns' babbling, the animal behavior researcher and her colleagues at Berlin's Museum of Natural History (MNH) felt there was something in common between the two.

According to Ahana Aurora Fernandez, the study's lead researcher, the pups were observed learning the songs of adult males in addition to imitating the noises of adults.

"What most people don't realize is that many (bat) species have highly developed social vocal communication." she added.

The noises are strikingly comparable to human infants' babbling, right down to the unending repetition of a single syllable, according to the researchers. As a result, the chatty bats could be a useful model species for understanding how some mammals, including humans, develop adult "speech" from their early vocal play.

Depending on whether we're speaking to newborns or grownups, we change our tone of voice. This infant-directed speech, commonly referred to as motherese, is a unique type of social feedback for the vocalizing infant. It has universal characteristics such as a higher pitch, a slower tempo, and exaggerated intonation contours.

The pups were followed from birth to weaning, which requires around 90 days for generally bats. They have a seven-year future. The male and female pups chattered consistently for around seven weeks, with "prattling sessions" of "long multisyllabic vocal groupings" enduring as long as 43 minutes all at once.

Adult male sac-winged bats defend their territory and attract mates by producing complex melodies, similar to songbirds. These sounds are made up of 25 unique "syllables" strung together. The puppies repeat the syllables again and over during infancy, as though training for the day when they'll link them together into whole songs.

According to the researchers, the bat pup chatter had all of the major characteristics of human chattering. It starts early in development, a bit like in humans, and contains a big number of repeated syllables-much sort of a human newborn uttering "bababababa."

And, unlike their mothers' attention-getting "isolation calls," the vocalizations didn't appear to be a form of communication. Fernandez describes a babbling puppy as "a relaxed and happy pup, sitting within the day roost and just practicing and fooling around ."

S. bilineata is the solitary warm blooded creature known to show prattling conduct and vocal impersonation notwithstanding people. These similitudes in vocal improvement between S. bilineata and people might give important experiences to biolinguistics investigations of human language development.