Baby birds in the United States' West are leaping from their nests before they are completely capable of flying, all to escape the scorching heatwaves.

In the fall of last year, there were reports of widespread mortality among migrating birds. Wildfires drove them to deviate from their regular itinerary, forcing them to choose paths with less reliable food supplies.

Birds are among the animals most affected by extreme weather events, which are occurring more frequently because of human-caused climate change. Thousands of birds died because of the lack of food. These are sad signs of our planet's status, and we should not dismiss them. 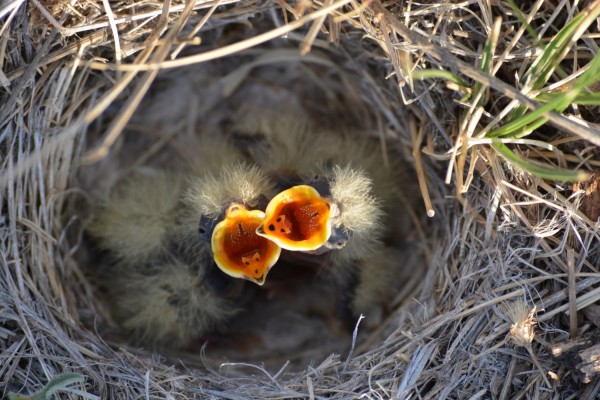 Wildlife is scrambling to find ways to escape the heat as record-breaking temperatures continue to afflict Oregon, Washington, California, and other western states. Birds frequently build nests on treetops, typically in areas with little shelter and intense sunshine.

This is not usually a concern because temperatures in June and July are comfortable for most birds, and by August, when the year's warmest heat arrives, the young are old enough to fly and seek cover. The direct sunshine has simply been too much for these baby birds to bear as the heat waves have arrived.

They leap from their nest to seek protection and shade outside of the nest to live, but they are too young to fly and helplessly fall to the ground.

The overall result is upsetting. If these birds fall from a great height, they can sustain injuries such as head trauma, shattered wings, and broken bones. People continue to find these unfortunate youngsters in bad condition, and wildlife rehabilitation facilities have been swamped with birds in need of treatment and rehabilitation.

According to the Washington Post, a wildlife group in Oregon received as many wounded birds in three days as they normally do in an entire season. The Orphaned Wildlife Rehabilitation Society in Delta, British Columbia, reported receiving between 12 - 20 birds in need of treatment each day, describing the admissions as "record-breaking admissions for wildlife intakes."

Many of these baby birds do find their way into capable hands. Some have been nursed back to health by wildlife organizations, others however, have not been so fortunate. Some organizations have received birds that had suffered such serious injuries, that they had to be euthanized.

During the region's record-breaking heatwave, an estimated 1 billion aquatic animals were cooked to death, according to a marine researcher.

After temperatures across British Columbia and the Pacific Northwest smashed records in late June, the shores of Kitsilano Beach in Vancouver, Canada, were littered with tens of thousands of cooked and putrefying marine animals including clams, mussels, sea stars, and snails.