A 7.2-magnitude earthquake rocked the Sud area of southern Haiti at 8:29 a.m. local time on Saturday, driving people onto the streets and causing houses to collapse. 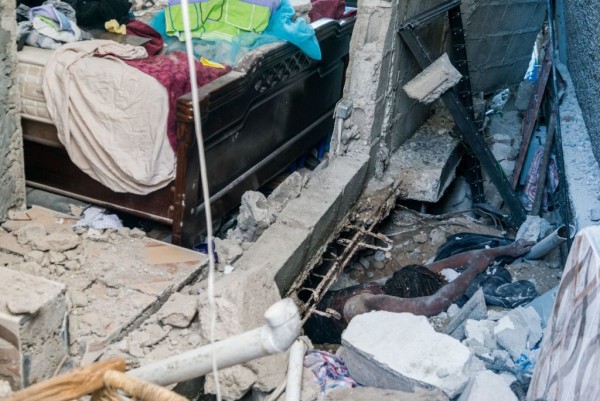 (Photo : Photo by REGINALD LOUISSAINT JR/AFP via Getty Images)
The body of a woman is seen under the rubble in the neighbourhood of Dexia 6, Les Cayes on August 15, 2021.

On Saturday, the earthquake slammed the struggling country, nearly leveling several villages, and triggered landslides that hindered rescue attempts in two of the hardest-hit areas.

The death toll had grown to nearly 1,200 as of Sunday evening, and it is anticipated to continue to rise. In addition, according to CNN, at least 5,700 people were likely injured due to the collapsed buildings.

People in the Caribbean country flocked to the streets in search of protection and to rescue people trapped in the wreckage of fallen homes, hotels, and other structures.

The epicenter of the earthquake was located around 80 miles (129 kilometers) southwest of Port-au-Prince, Haiti's capital, with a depth of roughly 6 miles, according to the United States Geological Survey (USGS) (10 km).

After the main earthquake, six further aftershocks of magnitude 5.0 or larger were felt across the region as of Sunday morning.

Related Article: Scientists Are Solving the Mystery Behind Earthquake That Lasted for 32 Years! 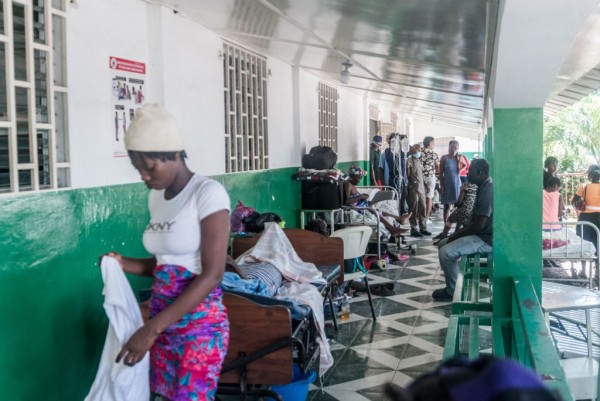 (Photo : Photo by REGINALD LOUISSAINT JR/AFP via Getty Images)
Injured patients rest at a hospital in Les Cayes on August 15, 2021.

According to Haiti's director of civil protection, Jerry Chandler, additional search and rescue teams were being deployed to the epicenter of the devastation. At the same time, Prime Minister Ariel Henry said he was dispatching help to the most immediately affected districts, where hospitals had fast become overcrowded.

The USGS stated that "high fatalities are anticipated, and the tragedy is likely widespread," noting that the bulk of the population in southern Haiti lives in structures that are sensitive to earthquakes. "Previous incidents with this degree of alert have necessitated a national or worldwide response."

Recent earthquakes in this area, according to the USGS, have also resulted in other risks, such as landslides, which may have added to the losses.

State of Emergency and International Assistance 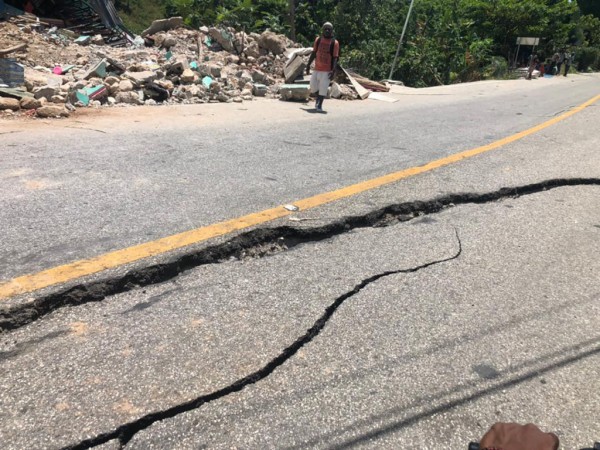 (Photo : Photo by STANLEY LOUIS/AFP via Getty Images)
Large fissures scar the roads in the area of Les Cayes on August 15, 2021.

On Saturday, Henry announced a state of emergency, saying that the appropriate measures will be made to assist individuals in the Southern Peninsula whom the tremors impacted. The state of emergency, according to local media, will extend for a month. Henry also stated that he would not seek foreign assistance until the entire magnitude of the problem is known.

"The most crucial thing is to get as many survivors out of the wreckage as possible," Henry added. "We've discovered that the local hospitals, particularly in Les Cayes, are overburdened with injured and shattered individuals."

President Joe Biden nominated a USAID Administrator to lead the country's assistance response and efforts to help Haiti shortly after the earthquake. Argentina and Chile have also assisted the region.

On Saturday, the shake that struck Haiti was the strongest since the magnitude 7.0 earthquake that ravaged the nation on Jan. 12, 2010. The epicenter of the 2010 earthquake was closer to Port-au-Prince, and it killed over 100,000 people.