Scientists found a new species of marmoset concealed in a forest - the Brazilian Amazon, in Brazil. Habitat loss has already been threatening the monkeys, as per a study from the Wildlife Conservation Society. 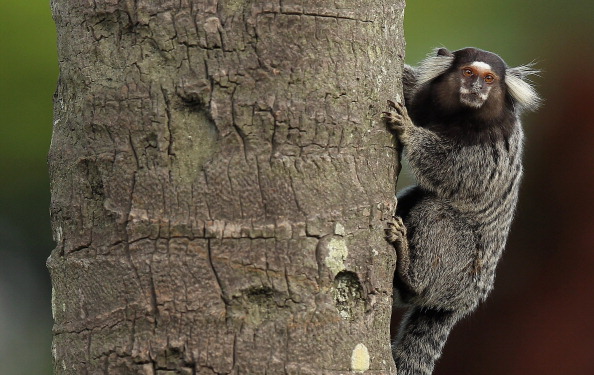 The small monkey presently referred to as Schneider's marmoset, has been discovered in the "arc of deforestation." This is a location which is along Amazon's southern edge that is rapidly being cleared and transformed for agriculture. This specific region is responsible for half of the global land use alteration in the past 30 years, experts report.

A team of researchers headed by a researcher whose name is Rodrigo Costa Araújo, currently working at Museu Paraense Emílio Goeldi made the discovery of Schneider's marmoset.

A pioneer and primary contributor to the research of diversity and evolution of monkeys, Professor Horacio Schneider, is the person the marmoset was named after.

The Amazon marmosets, belonging to the genus Mico - are included in the more assorted groups of monkeys. The threatened forests of the arc of deforestation is the only place this group is found.

Currently, there is no conservation response to talk about the loss of habitats that threaten Mico monkeys' future, mostly due to the fact that they are hardly studied, and the sum of Amazon marmoset species is still unknown.

As per the experts, more research is required to evaluate the conservation status of M. schneideri and to carry out an investigation on the southern parts of its geographical distribution. The initial step toward safeguarding Amazon's endangered monkeys is getting better knowledge of specifically how many species exist.

The study authors wrote: "There are 146 primate species and subspecies in Amazonia, representing 20 percent of the global primate diversity and comprising the most diverse primate fauna in the world."

"Nonetheless, primate diversity remains understudied in Amazonia, as manifested by regular discoveries of new species. This incomplete taxonomic knowledge and the scarcity of basic ecological and distributional data for even well-known species is a major impediment to the design and implementation of effective conservation actions."

Given the named Schneider's marmoset or Mico schneideri, this new Mico species was described from marmosets that science knew about since the year 1995, but misnamed as the Snethlage's marmoset - Mico emiliae.

The Schneider's marmoset is indigenous to the Brazilian state of Mato Grosso's Juruena-Teles Pires interfluve.

The distribution of the species is restricted by the Teles Pires River to the east and by the Juruena River to the west, moving north to their meeting point.

The southern part of the species range is not well-defined, but it stretches to the river source of Juruena and Teles Pires rivers, but not further south exceeding the city of Lucas do Rio Verde.