A forecast from this morning of August 13 suggests signs of tropical storm conditions in the entire coast of Southwest Florida within the next 48 hours. Tropical Depression Fred, formed in the Caribbean Sea late Tuesday, can potentially impact the First Coast this weekend into early next week.

Fred has been causing heavy downpours over eastern Cuba and reached maximum sustained winds at 35 mph at 8 am this morning. The storm is moving west-northwest at 10 mph according to forecast. 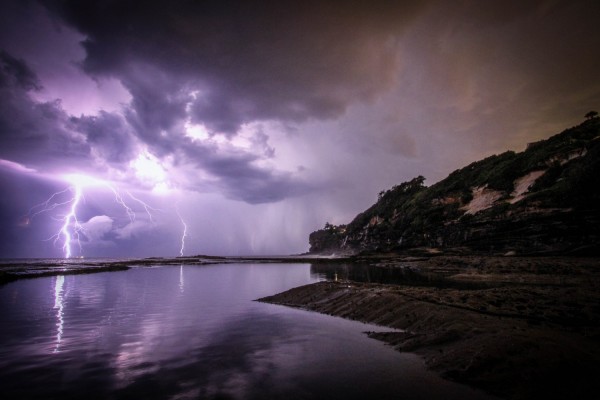 Centered near the north coast of Cuba, about 315 miles east-southeast of Key Wet, Florida, Fred issues Tropical Storm Warnings and Tropical Storm Watches had been issued for a portion of Southwest Florida.

It is clear that the storm will strengthen into a tropical storm as it approaches Southwest Florida this weekend, with heavy rain as the main impact, felt through Sunday to Monday, and possibly into Tuesday.

According to models, it is highly unlikely that the Fred would strengthen and reach a hurricane strength. Although there is no indication yet if the storm will be particularly strong, the heaviest rain is expected to pour on Saturday evening.

Recent forecast says that rain totals will range from 2-4″ with some higher amounts from 5-6″, and might even pick up as much as 6-10″ in smaller areas, which could cause river or street flooding.

Moreover, potential threats of isolated tornadoes, particularly in Saturday evening into Sunday, is being monitored at the moment.

At this time, officials did not report any specific tendencies of surge concern or closing of bridges due to flooding, but it is highly encouraged to stock up on supply kits and review emergency plan.

Uncertainty regarding the storm's intensity

Using the forecast model guidance, it would be easier to track the storm over the next few days. However, it cannot be guaranteed that the system could develop by the time it reaches Southwest Florida, sometime after Friday evening, according to latest guidance.

Hopefully, tropical storm Fred will have clear structure and be more organized in the system by the time it reaches coastal Southwest Florida, as environmental conditions become more conducive for additional development and strengthening, with lower wind shear, less land interaction and very warm waters.

In addition, the models shows that the weekend could be breezy with gusty winds from 40-50 mph, ; 'perhaps even stronger near the coast'.

Isolated tornadoes could potentially occur this weekend if Southwest Florida is on the eastern side of the storm.

On the other hand, another area of interest to the east in the Atlantic Basin has 70% chance of becoming a tropical system in the coming days and is also worth watching.

Regardless of the system's development, heavy rainfall associated with strong winds are likely to spread across different areas over the weekend, brought by forming tropical depressions in certain regions, which would most likely issue another tropical storm watches or warnings.