According to experts, hot and humid air has returned to the Northeast and will not be leaving anytime soon. As a result, temperatures will exceed 100 degrees in several locations along Interstate 95 this week as the region experiences its longest heat wave of the summer.

Regarding the heat this week, AccuWeather On-Air Meteorologist Mark Mancuso said, "Get in the air conditioning and drink if you can, or get some respite at the beach."

With a long run of days in the 90s F expected, people should note this sound advice.

Temperatures in the Northeast

This week, temperatures in several parts of the Northeast will reach 90 degrees or more for three days or more, officially designating this period of hot weather as a heat wave.

However, much if no official heat wave is announced, widespread temperatures in the mid-80s, along with even higher temperatures, will make summer weather enthusiasts pleased, especially after several rounds of abnormally chilly weather this season.

Temperatures were 3-6 degrees below average across the region from Aug. 1 to 5, with a few mornings offering people an early taste of fall as temperatures dipped into the mid-50s over the interior. During the first half of August, average high temperatures vary from the mid-70s in northern New England to the upper 80s in the Chesapeake Bay region.

The mild start to the month may have passed us by, but the heat and humidity have begun to rise and will continue to do so throughout the week.

"Temperatures will run approximately 10 degrees warmer than actual temperatures, especially throughout the midday and afternoon hours, when the sun will be out in full force," Senior Meteorologist Alex Sosnowski said.

With daytime temperatures in the lower to middle 90s expected from Tuesday through Friday, Washington, D.C., which has already had four recognized heat waves this year, is on course to add a fifth this week. Temperatures in the nation's capital may reach 100 to 105 degrees at the warmest hours of the day.

On Monday, Pittsburgh reached 90 degrees for the first time since June 29, and temperatures are expected to stay in the middle to high 80s for the rest of the week.

"Overnight lows in the lower to middle 70s can make sleeping difficult and uncomfortable for anyone without air conditioning," Buckingham said. "The heat and humidity will extend through the overnight hours across the Northeast, with the worst of the warmth being found along the urbanized stretches of the I-95 corridor this week." 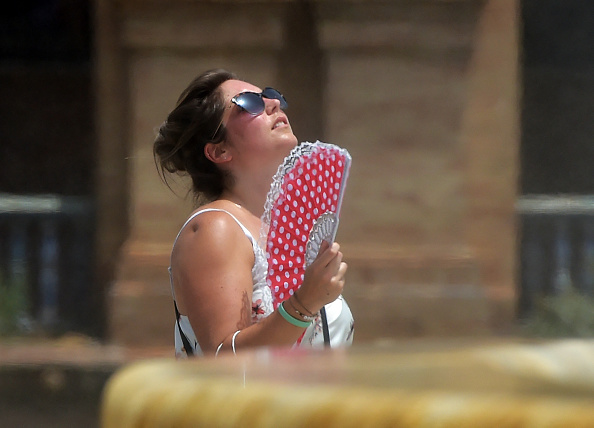 The hot weather will be excellent for cooling down in a swimming pool, lake, or ocean. However, those who engage in vigorous outdoor activity outside of the water are advised to take regular pauses in the shade, remain hydrated, and dress in light-colored, loose-fitting clothes to reduce the risk of heat-related diseases.

"The heat and humidity will set the stage for near-daily rounds of showers and thunderstorms across parts of the Northeast this week," Buckingham said, adding that "with an additional boost of energy expected in the upper levels of the atmosphere around midweek, some of the expected thunderstorms could turn strong, to locally severe." 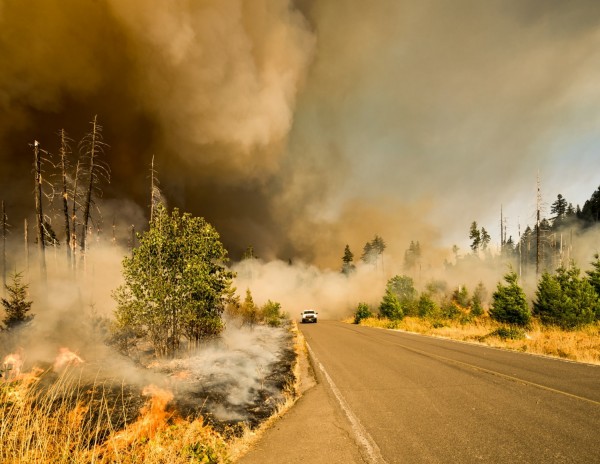 Severe weather will hit the middle of the country initially until early next week, before moving eastward. Any thunderstorm can generate heavy downpours and strong to locally destructive gusts, as is usual during the summer months. Anyone trapped outside during a lightning storm is at risk. Therefore, people should seek refuge inside a strong structure.

The good news is that no single day this week is anticipated to be completely rained out. However, alternate arrangements should be planned if a thunderstorm delays outside activities for an hour or two.

"This following weekend, there is likely to be a light at the end of the tunnel in the shape of a cold front that will bring temperatures and humidity down to more bearable levels," Buckingham added.

Compared to the rest of the week, the reduction in moisture in the air will likely lead to drier days.

Also Read: Blackouts and Power Interruptions Linked to Extreme Weather Are on the Rise in US