Scientists: 98% of Emperor Penguins at Risk of Extinction Due to Climate Crisis

New research published today in Global Change Biology adds to the growing body of evidence that fast climate change and an increase in catastrophic climate events like glacier calving and sea ice loss are hastening the extinction of Emperor penguins.

The study, led by Stephanie Jenouvrier, associate scientist and seabird ecologist at Woods Hole Oceanographic Institution, and co-authored by an international team of scientists, policy experts, ecologists, and climate scientists, provided critical research and projections for the US Fish and Wildlife Service (USFWS). 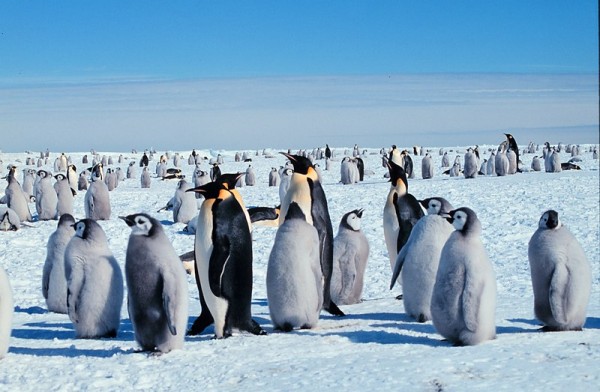 The USFWS suggested that emperor penguins be listed as endangered under the Endangered Species Act based on their research, and the proposal was submitted this week.

Jenouvrier stated, "Scientists have a responsibility to make people aware of the need for change through objective facts. We put up this report for the USFWS with the aid of a specialized team to give more assessments of future estimates and help influence policy and protection for the species."

The work uses a climate-dependent meta-population model that integrates, for the first time, the consequences of extreme climatic events based on the observational satellite record of colonies to forecast the dynamics of all known emperor penguin colonies under various greenhouse gas emissions scenarios.

"The study is placed in the context of the US Endangered Species Act, one of the most advanced pieces of legislation regarding species preservation," said co-author Judy Che-Castaldo of the Lincoln Park Zoo.

Related Article: 6,000 Penguins Wiped Out From Australian Island After Tasmanian Devils Were Reintroduced 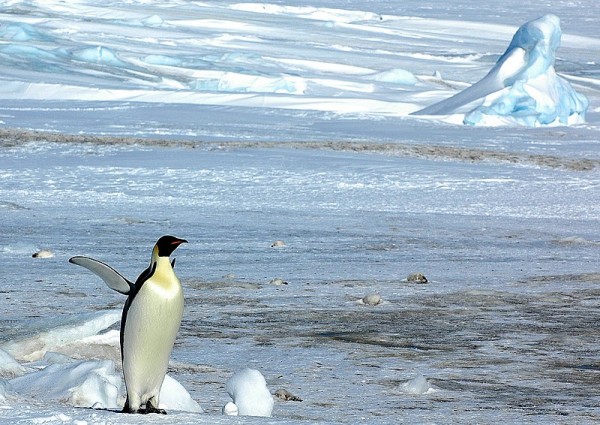 According to the research, extreme occurrences influence the emperor penguins' resilience, redundancy, and representation (3Rs). Resiliency is defined as the ability to endure stochastic (or random) disturbances, which may be evaluated by population size, growth rate, and population connectedness.

The ability to survive catastrophic occurrences is defined by redundancy, which considers people's quantity, distribution, resilience, and connectedness.

Representation refers to a species' capacity to adapt to changing environmental conditions and is linked to capturing geographic, genetic, and life cycle variety throughout its ecological context. The 3Rs are crucial for assessing climate hazards shortly since they cover characteristics that contribute to species persistence (e.g., demography, geographic distribution, and diversity).

According to the report, if sea ice continues to disappear at the pace predicted by climate models under present energy-system trends and policies, the 3Rs would be severely harmed, and virtually all colonies, or around 98% of penguins will be extinct by 2100.

The paper's groundbreaking findings have significant implications for estimating climate change threats to other species. Rapid climate change, according to scientists, is putting stress on species and ecosystems, and the danger of extinction will increase as global warming continues.