According to a conservation group that captured the distressing image, Salmon in the Columbia River were subjected to unlivable water temperatures, causing them to break out in furious red sores and white fungus in the aftermath of the Pacific Northwest's record-breaking warmth.

A school of sockeye salmon swimming in a river tributary can be seen covered with injuries in a video published on Tuesday by the non-profit organization Columbia Riverkeeper. The group claims the injuries are the consequence of stress and overheating.

According to Brett VandenHeuvel, executive director of Columbia Riverkeeper, the salmon migrated upstream in the Columbia River from the ocean to return to their natal breeding grounds when they abruptly reversed direction. He characterized the sockeye as "escaping a burning structure" by diverting off to the Little White Salmon River, a branch of the Columbia River where the footage was captured.

The video was taken during a heat wave on a day when water temperatures reached 70 degrees Fahrenheit (21 degrees Celsius), a fatal temperature for these anadromous fish if they are exposed to it for lengthy periods. In addition, the Columbia River is not allowed to rise over 68 degrees Fahrenheit under the Clean Water Act (20C). 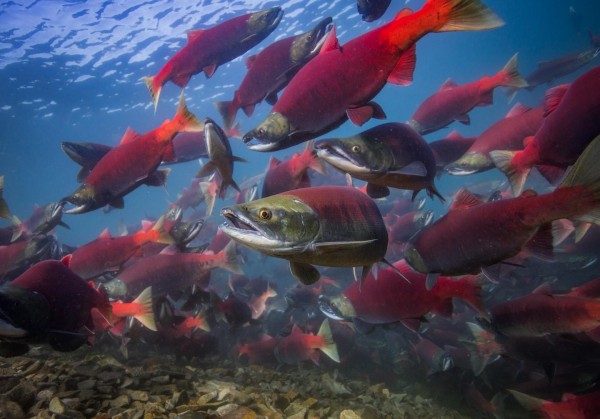 VandenHeuvel compared the scenario to someone trying to run a marathon in temperatures above 100 degrees Fahrenheit (38 degrees Celsius).

"The difference is that this isn't salmon recreation," he explained. "They don't have a choice. It's either they make it, or they don't."

The salmon in the video will be unable to breed in the tributary and will most likely perish due to illness and heat stress.

This situation is another indication of the sad toll taken by the recent heatwave, which killed hundreds of people across the Pacific Northwest and Canada, likely killed over 1 billion marine creatures, and fueled fires throughout the region.

But, according to VandenHeuvel, the tragedy was compounded by the various dams that have been holding up water flows across Washington state and beyond for decades, rising water temperatures. Climate change, along with the recent fatal heatwave, has exacerbated the issue.

A cameraman caught the picture for the Columbia Riverkeeper earlier this month as part of the group's effort to follow the salmon's journey in the heat. 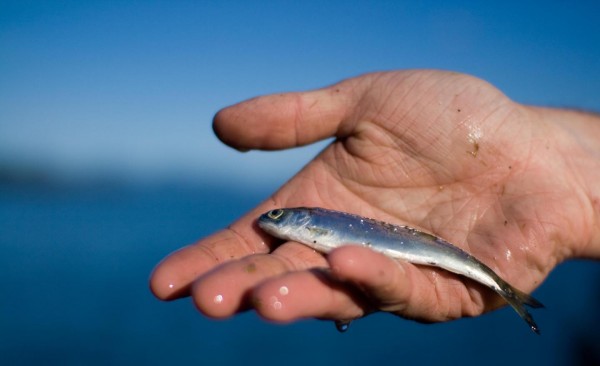 It's too early to say how many fish have perished as a result of the hot water, according to VandenHeuvel. However, tens of thousands of sockeye remain in the Columbia and Lower Snake rivers, and when the weather warms in the coming months, much more fish may perish. Given that Snake River sockeye are already endangered, the extinction of even a tiny portion of the population might have disastrous consequences.

In the days following the video's release, VandenHeuvel claimed he visited the region and witnessed fish suffering similar to other streams. Several sockeye corpses were also discovered downstream.

"Watching animals die unnaturally is heartbreaking," he added. "And it becomes worse when you consider what caused it. This is a human-caused issue that makes me concerned about the future."

The fish in the video appear to have fuzzy white spots, which are most likely fungal infections when salmon are stressed by hot water.

Don Sampson, a member of the Confederated Tribes of the Umatilla Indian Reservation and a member of the Northwest Tribal Salmon Alliance's advisory board, compared seeing the film to witnessing one of his relatives die.

Sampson, who is also the Walla Walla tribe's hereditary leader, stated, "That's how awful I felt." "I mean, I was on the verge of crying when I watched it."

He likened it to 2015 when a scorching summer killed around 250,000 sockeye salmon in the Columbia River and its tributaries. 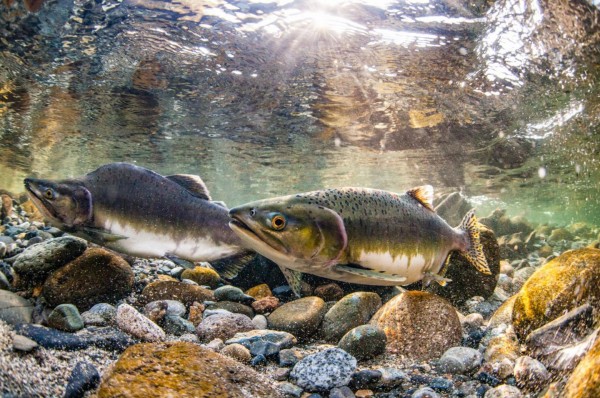 Sampson anticipated that the situation would only worsen and that moving through with a plan to break four dams in eastern Washington state was critical.

VandenHeuvel agreed that if officials did not intervene, incidents like these would continue to occur.

"This is a profoundly depressing view of our future, in my opinion. However, I view it as a call to action as well. We can take mitigating steps to rescue the salmon and cool our rivers," he added. "And if this film doesn't elicit some serious thought, I'm not sure what will."