During the end of July and the beginning of August, significant areas of southwest Turkey were burned by wildfires. According to Reuters, at least eight people have been killed by the flames, and many more have been injured. Two firemen were among those killed on Saturday, according to CNN.

About 100 flames have already been extinguished across Turkey in the last week, while a number of the fire-related incidents in the country's southern regions remain uncontrollable.

The flames have already reached the shore, one of the fires blazed near the popular resort village of Bodrum, forcing nearly 1,000 people to flee by boat.

As a result of the dry weather and severe heat, the fire has spread to portions of Italy, Greece, and Cyprus. According to Reuters, a blaze near an industrial area of Athens swiftly spread on Tuesday, disrupting rail transport and closing a stretch of the national highway according to the local press, a camp near the fire was safely evacuated, resulting in the safe evacuation of 80 children.

What caused the wildfire in Southeast Europe? 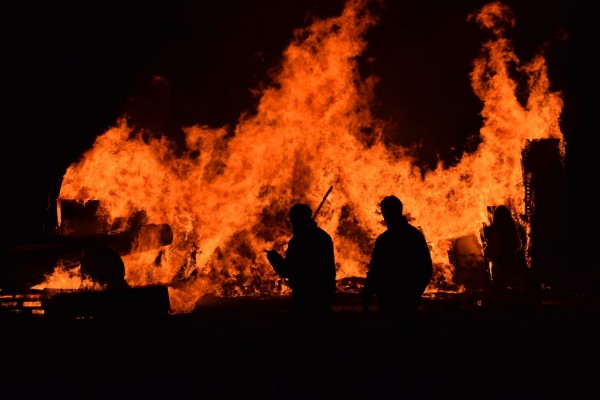 According to AccuWeather Meteorologist Alyssa Smithmyer, the set up that caused the prolonged warmth in southeast Europe included a strong zone of high pressure in the higher levels of the sky that remained over the Balkans, allowing a heat dome to develop.

Temperatures in most of eastern Europe were 5-10 degrees Fahrenheit (3-6 degrees Celsius) above usual in July. During this time, there was no rain in parts of southern Greece and southwest Turkey.

Smithmyer said "A deficit in rainfall from dry weather earlier in the summer exacerbated the temperatures further as the dry surface heated up much more easily than what moist soil would".

Temperatures in portions of northern Greece may break the European record for the hottest temperature ever recorded. The current continental Europe record is 118.4 degrees Fahrenheit (48 degrees Celsius), set on July 10, 1997 in Athens. Due of the severe heat, authorities in Greece shuttered the Acropolis and other historic monuments in the afternoon since it is the hottest part of the day where the temperature rises up to 116F (47 C) that can be dangerously hot for outdoor activities.

No rain is anticipated in Greece and southern Turkey until at least the end of the week, and maybe until the middle of August. According to AccuWeather forecasts, this will maintain the wildfire hazard very high and may result in new quickly spreading and major flames.

As record-breaking heat and high temperatures come to Turkey, huge wildfires have also been reported all over. One example is the wildfire in the province of Mugla wherein 10,000 civilians were rescued and evacuated.

The president of Turkey, Recep Tayyip Erdogan, was criticized for his lack of intuition, lack of competency in natural risk prevention, and prior adjustments to the rampant wildfires happening in the nation.

Firefighters from the European Union arrive in Turkey for the sixth day in a row, joining local volunteers in battling flames along the shore. Workers with health problems were permitted to take time off work in Greece, where temperatures had hit 45 degrees Celsius (113 degrees Fahrenheit) inland.

Four Greek villages were evacuated on Saturday, and about 800 Italians and tourists were forced to flee from their houses on Sunday in order to avoid the flames.