Meteorologists: Situation of Wildfires in Northwest Could Possibly Get Worse This Week

The weather pattern across the Northwest is set to alter a lot of times during the first week of August, thereby bringing potential rain, but also threatening more unfortunate news for the region's wildfires. 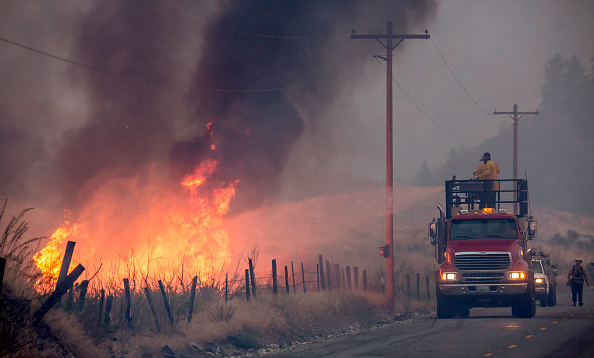 July was specifically a dry month for people across the Northwest. Places like Portland, Oregon, and Seattle clocked in with little rainfall, compared to around a half of an inch that normally occurs for the month.

Luckily for portions of the interior Northwest, a little bit of rainfall was witnessed last week, as moisture from the North American Monsoon extends northward into the area. This included places like Boise, Idaho, Bend, Oregon; and Jackson, Wyoming, all gathering a couple of tenths of an inch of rainfall prior to the end of last month.

While this rain isn't sufficient to make any detectable dent in the conditions of drought across the area, for some places, like Bend, Oregon, it was the only rain these regions saw all through the month. As the new week sets in, the expectation of more rain is likely to decrease.

Rob Richards, an AccuWeather Meteorologist said: "An area of high pressure is forecast to shift westward this week, bringing in drier air, and ushering out the monsoonal moisture for locations from Las Vegas to Boise."

Regions moistened by the rainfall will have enough time to get dry again, boosting the existing dry vegetation. Regions from New Mexico and up through the Rocky Mountains will possibly still witness a few thunderstorms, mostly in the afternoon and evening time through Tuesday.

The monsoonal moisture will be subdued southward to just New Mexico and Arizona by the middle of the week. But, this does not imply that the remaining part of the interior West will be bone dry. Late Wednesday and through Thursday a storm is predicted to propel into the area at the same time the monsoon moisture is pressed south.

Richards warned: "While it isn't likely that there will be a lot of moisture with this storm, there will still be some potentially dangerous conditions for the region." 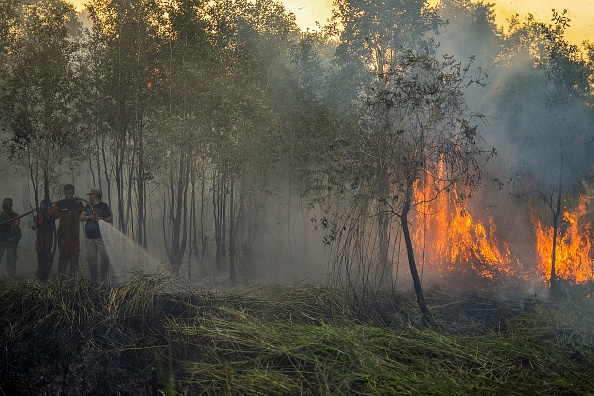 Any showers that evolve with this storm will likely not last, once again not giving many opportunities for drought relief. Additionally, insufficient moisture will bring a high possibility of dry thunderstorms that would prompt lightning strikes that could cause fresh wildfires.

Richards said the windier conditions that accompany this new storm could boost the challenge for firefighters in the region. The introduction of more powerful, and changeable, winds could make fires grow quickly and more strange than in a more quiet weather pattern.

The wet weather coupled with this late-week storm may eventually make rain fall in cities like Portland and Seattle, which have gone over 45 consecutive days without witnessing any measurable rain, as of Sunday.