Wildfire smoke has covered B.C. communities in the Kootenays and Okanagan for days. This weekend, Metro Vancouver is bracing for the smoke to reach the shore.

Environment and Climate Change Canada issued a special air quality statement for sections of Metro Vancouver and the Fraser Valley on Saturday, warning that high ozone levels caused by the heatwave might be dangerous to people's health. 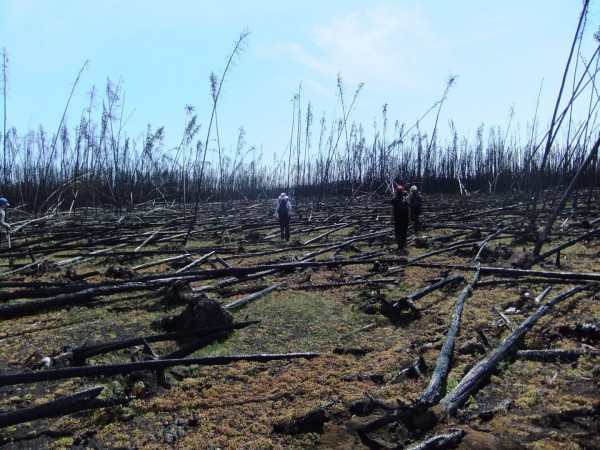 Wildfire smoke is also expected to move west, according to the forecast. "Our Air Quality Health Index is at 10, which is a very high level, for a lot of the Interior right now, essentially all around the places with concentrated wildfires," Derek Lee, a government meteorologist, told CBC News.

"We're still keeping an eye on some wildfire smoke that'll be blowing into the coastal region in the coming days." "A shift in the weather on Monday is anticipated to bring onshore breezes to assistive remove the smoke," Environment and Climate Change Canada said in a statement Saturday.

It's unclear how bad it'll grow, but fine particle pollution has reached hazardous levels for human health in cities near the wildfire front lines. Seniors, small children, and individuals with pre-existing health problems are particularly vulnerable.

Smoke on Hwy 5 just north of the Coquihalla Summit right now. We literally can’t see the towering mountains that are all around us. pic.twitter.com/GWlpFjiQRE

Climate Change and the Environment According to Canada, there is little hope for such cities. However, meteorologists informed CBC that a shift in the weather on Monday could help clear the smoke on the South Coast.

More than 243 wildfires are presently burning throughout British Columbia, according to the B.C. Wildfire Service, up from 60 fires last week. The majority of the fires are raging in the Kamloops area.

So far this year, 4,780 square kilometers of land have been burnt, a 38 percent increase above the 10-year average.

The majority of the current fires are thought to have been started by lightning, with more to come in the following days.

"We're anticipating lightning," Jean Strong of B.C.'s wildfire service said on Saturday, "but we're also expecting precipitation, and we're hoping it will balance some of the lightning starts."

Meanwhile, about 60 evacuation orders have been issued around the province due to wildfires.

Officials issued an evacuation order for the Queest Village and Pete Martin Bay area, which is roughly 35 kilometers north of Sicamous in B.C.'s Shuswap province, on Saturday evening. The Crazy Creek Gorge fire, which has expanded to 17 square kilometers and is classed as out of control, poses a threat to the homes.

The Okanagan-Similkameen Regional District also issued an evacuation order for houses endangered by the Garrison Lake fire, burning 33 kilometers southwest of Princeton. The fire has grown to a size of 82 square kilometers and is now considered out of control.

Throughout the province, evacuation centers have been put up to help anyone fleeing a village threatened by a wildfire. Visit the Emergency Management B.C. website to discover a location near you.

Whether or whether they use services at an evacuation center, evacuees are advised to register with Emergency Support Services online.