After the unprecedented coronavirus outbreak a year ago in Wuhan, China, the country is now under the 'worst outbreak since Wuhan', according to recent cases linked to the notable Delta variant.

The deadly Delta variant, also known as the as B.1.617.2, has now widely spread to Beijing and four other of the country's provinces, after the first case of the variant was reported in Nanjing city located in country's Jiangsu province.

Nanjing is currently under strict lockdown, while Changping district residents in the suburbs of northwest Beijing were issued stay-at-home orders as the outbreak continues to emerge.

The First Outbreak of Delta Variant 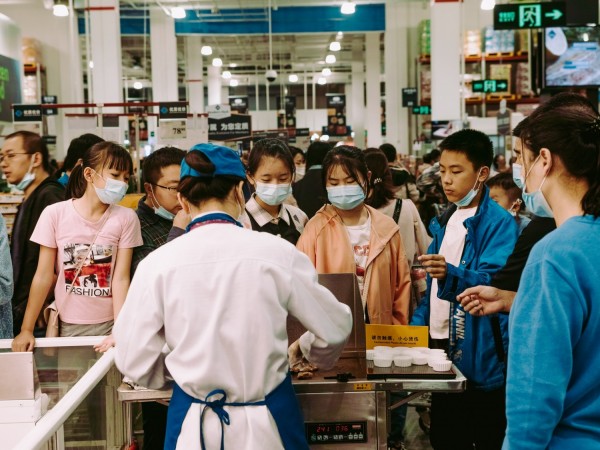 (Photo : Photo by Joshua Fernandez on Unsplash)
Scene inside a Sam's club during the 2020 Covid-19 pandemic in Shenzhen, China.

The earliest case of the Delta outbreak was spotted in Nanjing Lukou International airport, 20th of July from workers at the airport who were cleaning an airplane that had arrived from Russia, said Ding Jie, deputy director of the city's center for disease control and prevention.

"After their work was complete, due to cleaning and protective measures not meeting standards, it's possible some staffers got infected, causing the virus to spread among cleaning staff," Mr Ding said.

All flights from Nanjing airport have been suspended until 11 August after results of gene sequencing revealed 52 people were infected by the Delta variant, Mr Ding told the news on Friday.

Delta infection was estimated to spread in a ratio of 1:3 or 1:4, compared to 1:2 original coronavirus strain, according to Yale Medicine.

The first Delta variant was first identified in India in December 2020 and led to major outbreaks in the country.

As of now, it doesn't look like the pandemic could recede to the background any time soon. In fact, it is more possible that new mutations of the virus could grow and might be even stronger.

On Thursday, the city of Nanjing reported 13 new domestically transmitted Covid cases, bringing the total to 184 since July 20, 64 new cases in the mainland, and 49 cases a day before. As of July 29, mainland China had a total of 92,875 confirmed COVID-19 cases, according to news agency Reuters, with the same coronavirus death toll at 4,636.

While it is known that outbreaks are getting worse in the city, China has its way of strictly controlling outbreaks than most other countries. For instance, China launched an all-inclusive nucleic acid testing campaign for Nanjing to test all 9.3 million of the city's inhabitants, including visitors.

Moreover, authorities have increased their efforts in fulfilling mass testing and several restrictions have been strictly implemented like banning large gatherings and launching city-wide testing.

Lastly, from what we know so far, interventions like mask wearing and social distancing are still proven efficient even after being fully immunized.