With mass vaccination programs getting more and more accessible worldwide, people are starting to see the light at the end of the tunnel. While spreading the immunity could mean curbing the outbreak and putting it to an end, new research says 'there couldn't be a worse time to relax'.

A study led by researchers from the Institute of Science and Technology Austria suggests that it is too early to take off face masks and break social distancing. The team calculated in their SIR Model the risks of vaccine-resistant strain of SARS-CoV-2 transmission under different conditions. 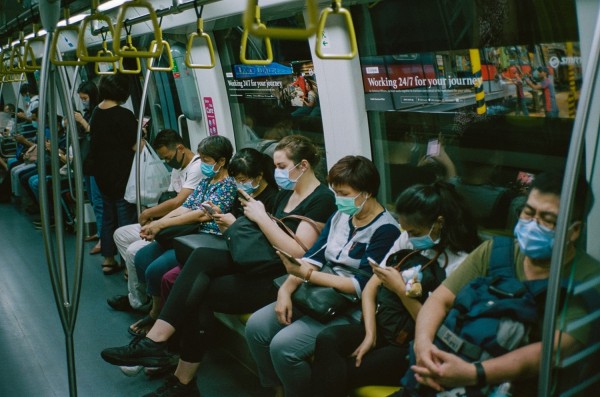 (Photo : Photo by @shawnanggg on Unsplash)

Scenarios include vaccine uptake of 10 million population over three years and the extent to which non-pharmaceutical interventions such as mask wearing and social distancing make a difference.

The modification of the SIR model studies the interplay of the rate of vaccination, rate of transmission and the likelihood of emergence of resistant strains based on realistic parameters, and simulates a population of 10,000,000 population over 3 years with the vaccination starting after the first year.

Results show that there's a few chance that the deadly coronavirus can randomly develop antibody-resistant genes for those fully-immunized, however, a susceptible population can still host mutating virus despite being vaccinated, with more efficient transmission, if transmission-reducing behaviors are not observed.

Although it is not a surprise that unvaccinated population, where the most deceitful of pathogens makes their way through our immune system, has the highest emergence of a resistant strain.

"By contrast, a counterintuitive result of our analysis is that the highest risk of resistant strain establishment occurs when a large fraction of the population has already been vaccinated but the transmission is not controlled," the researchers conclude.

The SIR-derived model shows that 60 percent of 10 million fully immunized citizens can still acquire the vaccine-resistant pathogens under situations where an emergent strain is permitted to spread.

Apparently, when these interventions are relaxed, it is more likely that probability of emergence of a resistant strain greatly increases, thus making vaccination efforts gone to waste.

Unfortunately, reaching nearly two-thirds of the full quota of vaccinations does not mean ditching masks and social distancing, as per the predictions under this model.

"One simple specific recommendation is to keep transmission low even when a large fraction of the population has been vaccinated by implementing acute non-pharmaceutical interventions (i.e. strict adherence to social distancing) for a reasonable period of time, to allow emergent lineages of resistant strains to go extinct," the researchers advise.

Virus particles are undeniably 'witty'. They can replicate themselves and tumble into a new configuration to outwit an immune system that's already received a vaccine, making us a susceptible host once again. They are a herd with one goal and one goal only, which is why people and communities should also work together to fight and reduce the outbreak.