In a huge fossil graveyard in UK's Cotswolds region, lies a unique fossil discovery that was 'perfectly preserved' since the Jurassic period. Paleontologists say that the seabed beneath the Cotswolds limestone quarry carries alien-like sea creatures.

Researchers say that these sea creatures had the time of their lives and flourished during the mid-Jurassic, right before a catastrophic event of earthquake and mudslide smothered everything on the sea floor in a thick layer of mud. 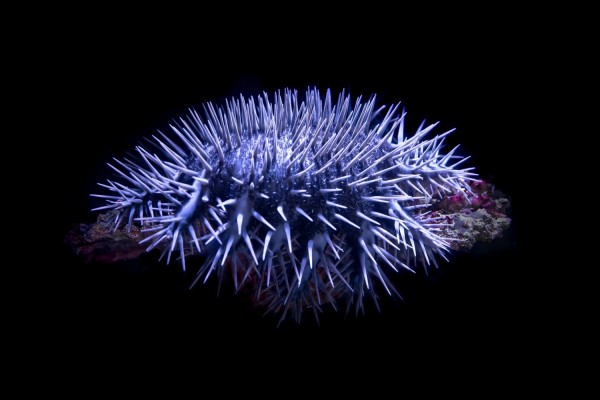 (Photo : Photo by David Clode on Unsplash)
A Crown-of-thorns starfish at the Cairns aquarium. These starfish eat corals and can occasionally reach plague proportions.

It was only tens of millions of years ago when the entire seabed thrived to exist, preserving extraordinary number of fossils in the rocks of the 'mystery quarry'.

A 'Jurassic Pompeii' that Yielded a Collection of Fossil Animals

"If they could squeal, I'm sure they would have done," says palaeontologist Tim Ewin, imagining the life that once prospered on the quarry where he was standing if only the calamity hasn't gone.

"They tried to protect themselves, adopting the stress position of pulling their arms in," he continues. "But it was all in vain; you can see where their arms got snagged open, right up to the crown. They were pushed into the sediment and buried alive."

While the precise location of the excavation cannot be disclosed for security reasons, it was considered as "unquestionably one of the most important Jurassic dig sites ever discovered in the UK".

"What we've got here is a sort of Jurassic Pompeii," said Neville Hollingworth, a keen amateur palaeontologist that discovered the marvelous site. "What we have is something very suggestive of a dramatic mudflow," explains NHM curator Zoe Hughes. "We have this happy little ecosystem and then, boom! - something catastrophic happens."

"Perhaps there was an earthquake that caused the mudslide and this came in and covered everything up. This is why the preservation is so amazing, because the scavengers couldn't then get to all those animals to pick them apart."

Not hundreds, not thousands, but at least tens of thousands of sea creature fossil were found by scientists they identified as 'echinoderms'. These creatures have 'limbs that radiate out of their bodies in sets of five' and 'spiny arms'. Some may look like plants but they are all animals, according to researchers.

The seabed site was actually pretty shallow, but sea life was 'beautifully preserved' beneath the smothering mud, away from scavengers that could have vanished their existence.

The team now have tens and thousands of diverse specimens to study, hoping to provide them with more insight about ancient sea life and echinoderm evolution.

"We live in a changing world today, and if we want to understand how climate change might affect not only the future of humanity but of all life on Earth's surface, then the echinoderms are one of the best groups to study," an echinoderm specialist said.