The jawbone of a 100,000-year-old bat has been identified, belonging to an extinct species of gigantic vampire bat.

The giant vampire bat's jaw was recently discovered in Pleistocene-era sediments in an Argentinian cave near the Buenos Aires suburb of Miramar. This is significant because during the time the bat lived there, the cave was a gigantic sloth's burrow, most likely of the Mylodontidae family.

With the discovered jawbone It might help fill in some of the vast gaps in the history of these remarkable species, as well as give some insight into how and why these bats finally went out. 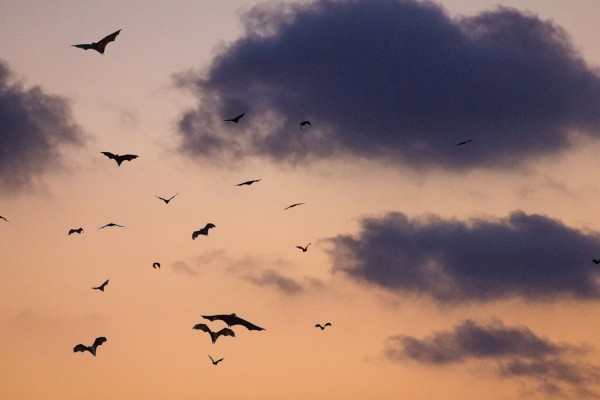 Bats nowadays are very varied, accounting for about 20% of all known mammal species, which is surprisingly large given the species' peak roughly 50 million years ago. However, this does not imply that fossil records are brimming with bat bones, including a plethora of evolutionary evidence and diversification data for researchers.

You may assume that the fossil record is replete with bats, and that tracking their evolutionary history and diversification would be simple, but you are mistaken. The fossil record of bats is typically weak and spotty. That implies that every new information is significant, particularly when it comes to vampire bats.

Extinct vampire bat species' fossils can help us understand why today's species survived. And the new finding is significant for such a tiny bone.

Also read: Echolocation: Bats Are Born With the Innate Knowledge of the Speed of Sound

Vampire bats are peaceful animals that feed on the blood of animals, and sometimes humans, for a few minutes without causing discomfort. One bad thing is that they can transmit rabies or other diseases if they are infected.

These three species appear to be extremely closely related, implying that hematophagy developed only once in bats and that all vampire bat species, both present and extinct, derived from a single ancestor.

According to National Geographic, today's vampire bats, or Desmodus rotundus, are mammalian carnivores that may live up to 9 years in the wild and reach 7 inches in wingspan and grow up to 3.5 inches.

The D. draculae is the biggest vampire bat ever known to exist, was around 30% bigger than its nearest surviving cousin, the common vampire bat. It existed in Central and South America from the Pleistocene epoch until quite recently, when some bones were recovered that were not petrified.

The fossil might offer information about the region's past environment, suggesting that the decline and extinction of D. draculae could have been caused by a combination of factors Not only is there a scarcity of prey, but the environment is becoming increasingly hostile.

Some experts believe D. draculae ate rodents or deer, while others believe it ate megafauna. The discovery of bones of a bat so closely connected with Mylodontidae habitat may indicate that the latter is correct.