With hopes to reach the goal of recycling 50% of Maine's waste which was set back in 1989, but never reached, Maine finally becomes the first U.S. state to pass a law that holds producers accountable for their waste.

The law basically tells companies to take matters in their own hands by recycling wastes they create and limit their reliance to customers. This means corporations are encouraged to use sustainable packaging materials for their products so they don't pay a fee for the waste they bring into the state. 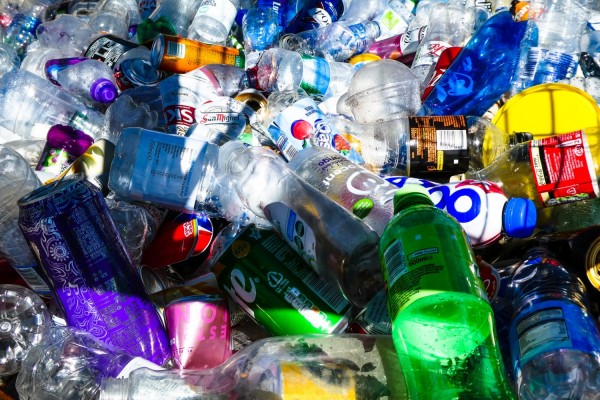 (Photo : Photo by Nick Fewings on Unsplash)
A recycling bin near Bournemouth beach, helping people to recycle their plastic.

Prior to when the law was passed, businesses pay recycling costs through more taxes. But now that the Stewardship Organization (SO) has been implemented, this ensures that Maine's small business sectors would not be 'over-burdened' with the regulatory costs.

Depending on the costs and workload of recycling programs, as well as the amount and type of material these businesses are processing, the SO reimburses municipalities annually for the costs they have incurred for the sustainable packaging.

Under the law, majority of small businesses are also exempt as long as the producer creates less than one ton of waste per year, or makes under $2 million in gross revenue per year.

Most importantly, passing the law was an effort to improve waste management and reduce waste problems.

"It's really designed to help tackle our waste crisis, get us to finally reaching our goal of recycling 50% of our waste which we set back in 1989 but never met," said Sarah Nichols, Director at the Natural Resources Council of Maine, in an interview with WCSH News.

"Now with this law there's going to be more clarity, more incentives to have clearer labeling on a package to help consumers put things in the right bin. In some communities it'll be the difference between having a recycling program and not.

A Systematic Way to Reach the Goal

Nichols is convinced that corporations will make initiative to either create eco-friendly packaging or to have clear recycling instructions and labels on their products so Mainers don't confuse them in the wrong bin.

"We'll finally have some uniformity around the state with what's recyclable and what's not," said Nichols. "People are confused and when people are confused, they put something in the bin that isn't recyclable that they think is and then that brings down the value of all the recycling. It's a disaster."

The beer company's CEO, Rob Tod, supported the bill before it was approved saying that they are responsible for the wellbeing of their employees, community, and environment.

Nichols also believed that this is the "much more efficient, fair way to approach this problem", which is the waste crisis.

While Maine was currently the first U.S. state to pass this law, they certainly "won't be the last" as other states like Oregon has a similar one heading to the governor's desk.