Baby Mice ‘Dream’ of their Future Before Opening their Eyes

We do not expect human babies to be able to feel, let alone navigate, the environment after birth. When it comes to seeing the world through new eyes, baby mice appear to have an advantage over us.

Why do baby mice dream? 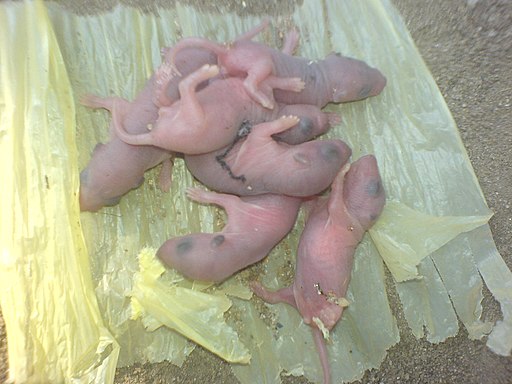 According to a new study from Yale University, a newborn mouse can be dreaming of their future. Researchers discovered spontaneous waves of retinal activity in the brains of mice pups shortly after birth, but before opening their eyes. These patterns are very comparable to what would happen in a mouse's brain if it had its eyes open and was moving forward towards its environment.

But these newborn mice have never been exposed to the outside world, this type of exercise trains the mouse to respond to their environment faster than they would otherwise be able to. According to the study, having such a skill is a matter of life and death.

The brain circuitry that generates retinal waves simulate forward motion in unborn mice was also studied. Scientists might prevent the waves from flowing in the direction that simulates forward motion by inhibiting the activity of retina cells that produce neurotransmitters.

he capacity of the mouse to respond to visual motion after birth is hampered when these starburst amacrine cells are inhibited.

In adult mice, these identical cells are part of a more complex motion detecting circuit that allows them to respond to environmental signals.

While the study is confined to mice, the wider ramifications give insight into the development of a more notable creature, a human child. While newborn children cannot traverse their environment as rapidly as mice, they can detect objects and recognize motion, such as a finger moving across their range of view. This implies that their visual systems develop in the womb.

A mouse is a tiny rodent with a pointed snout, a spherical hairy body, big ears, and a long, frequently hairless tail.

There are hundreds of different varieties of mice, which are classified as either old world or new world species. Deer mouse, house mouse, field mouse, wood mouse, dormouse, spiny mouse, and zebra mouse are examples of common species.

Mice range in length from 1 to 7 inches (2.54 to 18 cm (about twice the length of the long edge of a credit card) and weigh between 0.5 and 1 ounce (.23 to .028 kilograms). They can be found in every nation and exist in woods, meadows, and manufactured buildings. Mice that live in the wild usually dig a tunnel underground. Their burrow shields them from predators. Cats, birds, wild dogs, and foxes are their natural predators.

They are nocturnal, which means they prefer to sleep throughout the day. This explains why pet mice or house mice might be heard playing or foraging late at night.

Most wild mice are fearful of humans and other animals, but they are extremely sociable with their peers. Domestic mice are quite sociable to humans and make excellent pets for older children and adults.