The rising temperature remains a growing concern in the Arctic twice as much as the rest of the world. While that is known, it still stuns scientists how climate change can generate rare phenomenon.

A rare Arctic lightning storms north of Alaska which Ed Plumb, a National Weather Service meteorologist in Fairbanks, described as 'never seen before', even for forecasters. 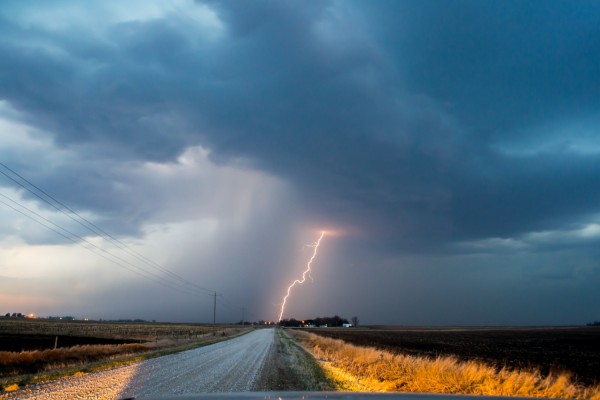 (Photo : Photo by NOAA on Unsplash)

According to a weather report, three successive thunderstorms swept across the Arctic. Normally, the Arctic region do not have enough heat to form deep convective clouds to be able to create a lightning, but here we are.

Despite its rare occurrence, scientists believe that this would could happen occasionally and more frequent as the climate crisis heats up the Arctic twice the global annual average.

Linkage to Loss of Sea Ice

Since 2010, researchers say that "summer lightning in the Arctic Circle has tripled", and a March study in linked it to ice loss. While sea ice is existing primarily in the polar regions, it highly influences the global climate as a whole, in fact polar regions are the most sensitive areas to climate change.

"The probability of this kind of event occurring would increase as the sea ice extent retreats farther and farther north in the summertime," says Alex Young, a meteorologist with the National Weather Service in Fairbanks, Alaska.

"It's going to go with the temperatures," said the study's co-author Robert Holzworth, an atmospheric physicist at the University of Washington in Seattle.

On a study published in Geophysical Research Letters, more frequent lighting was documented over treeless tundra regions, as well as above the Arctic Ocean and pack ice. In addition to that, some researchers discovered that in August 2019, a lightning struck within 60 miles of the North Pole.

"What used to be very rare is now just rare," said Rick Thoman, a climate scientist with the University of Alaska Fairbanks. "I have no memory of three consecutive days of this kind of thing."

To make it more bizarre, some satellite imagery shows that lightning sometimes strike over sea ice.

In the Russian region of Siberia, the frequent occurrence of lightnings to more forest fires in the region. Alaska also experiences the same disaster where 18,000 acres of tundra burned north of the Arctic Circle in the Noatak National Preserve.

Aside from that, the rising temperatures encourages growth of vegetation, which is one the factors that fuels relentless wildfires that lasts for months, even giving rebirth to dead fires.

Scientists at the International Arctic Research Center in Fairbanks have predicted that Alaska tundra could burn twice as much, on a regular basis than ever before by the end of the century.

Also read: Projected Thunderstorms and Rainfall to Continue in the South, Say Meteorologists