Lightning Strike Kills 76 People in India, Including Victims Who Were Taking Selfies

In Asian region they typically have four different kinds of season: spring (Vasant Ritu), autumn (Sharad Ritu), summer (Grishma Ritu), and monsoon (Varsha Ritu) but in the case of India they have six kinds of season which includes prewinter (Hemant-Ritu) and winter (Shita Ritu). During these different seasons comes different effects in the lands of India.

This monsoon usually takes place during the months of June to September. This season will give a breathing air or space for recovery from the blazing heat that the summer solstice brought to the vast lands of India. 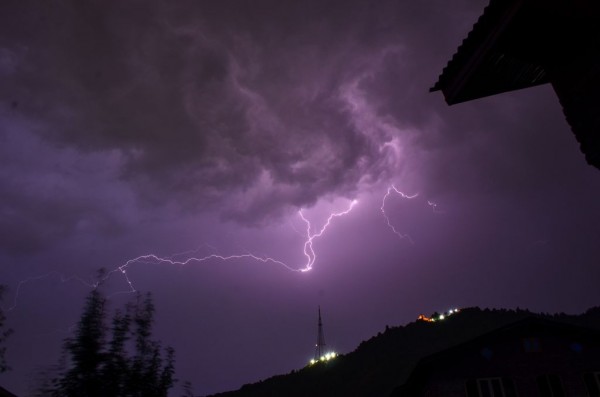 A senior Jaipur police officer stated that mostly those who died from the lightning strike were gathering when it started raining and went to watch towers. According to the state disaster department of India, out of the 76 people who died, 23 people died in the mostly desert state of Rajasthan.

Officials posted and called the media afterwards to inform the public that some of the people who were struck by the lightning were taking selfies. To give information to avoid taking pictures or roaming around when strong rains are happening in your respective vicinity. Thus, any possible occurrence of thunderstorms may happen. It is better to prevent any worse case scenario from happening.

In the central state of Madhya Pradesh, officials stated that a couple of people were hit by lightning when they were taking shelter under a tree and were grazing camels and sheeps. Coincidence? No, it is better to stay indoors and avoid unnecessary contact with something wet since it attracts lightning.

Also read: One in a Million: Man Struck by Lightning Seven Times, How Did This Happen?

Government movement and action to these natural occurrences

With these unfortunate events that occurred, the prime minister of India, Narenda Modi offered help and compensation to the families of the bereaved. In 2019 alone, 2900 people were killed by lightning according to the National Crime Record Bureau and not to mention those unreported cases of lightning strikes all around the country.

As the government assumed that the strikes were happening during the monsoon season, they made sure to tell the media to inform the public about it and to avoid certain places during the rainy season. Though it is a crucial time in India, they see it as a way for the country to recover from the extreme heat present before the monsoon.

Replenishing water supplies, crops to grow, and to pave the way for the country to boost their economy since they could focus on other strengths of the country such as the Kharif crop in which this sector produces 50% of its annual output during monsoon season. India's agriculture industry is both economically and politically significant. According to Rajiv Biswas, chief economist in Asia Pacific for consultant IHS Markit, the industry contributes for around 14 percent of the country's $2.7 trillion GDP and 42 percent of overall employment.