Wild Jumping Spiders: These Arthropod Seem to Have a Cognitive Ability Only Discovered in Vertebrates

Tiny jumping spiders with their impressively beautiful eyes, seem to be capable of doing something that has only been noticed before in vertebrates: differentiating between living and lifeless objects. 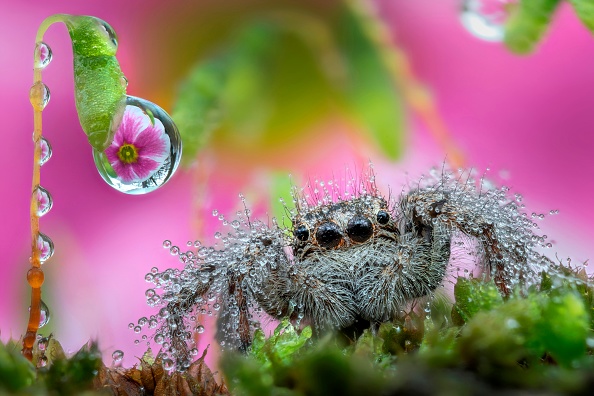 Wild jumping spiders (Menemerus semilimbatus) did not behave like before in a new test when showed simulated objects of both kinds, in ways that suggested an ability to perceive between them.

This new research doesn't only suggest that this ability can be widely seen in the animal kingdom we are aware of, it reveals that the experimental setup of the team can be adopted in testing other invertebrates in a similar way. The researchers wrote in their paper that the outcomes obviously reveal the jumping spiders' ability to differentiate between biological motion cues.

And biological motion-based detection system being present in jumping spiders complicates the questions concerning the evolutionary origins of this visual processing approach and creates the chance that such mechanisms might be general across the animal kingdom.

When you give it a thought, it becomes clear that creatures should be capable of distinguishing between living and nonliving things. Literally, It could be a case of life or death - avoiding predators, or going after prey. In spite of that, it was not clear whether or not little invertebrate living creatures depend on the ability to differentiate between motion and non-motion, or living and non living objects.

Jumping spiders seemed to be the perfect creature for testing, due to their impressively good vision. They have eight eyes just like all spiders; but their eyes have two large, shiny pools of limpid black on their small faces, which likely give them tetrachromatic color vision.

Biologist Massimo De Agrò, formerly of Harvard University led a team of researchers, gathered 60 specimens of M. semilimbatus, usually found throughout the Northern Hemisphere. Researchers then subjected these spiders to a point-light test that is specially designed.

This is how it works. When they are presented with 11 propelling dots corresponding to the locations of the major joints on the human body, human test subjects can identify the pattern of movement that belongs to a human. When those 11 dots are at a place, they won't mean the same thing - they're just 11 dots. 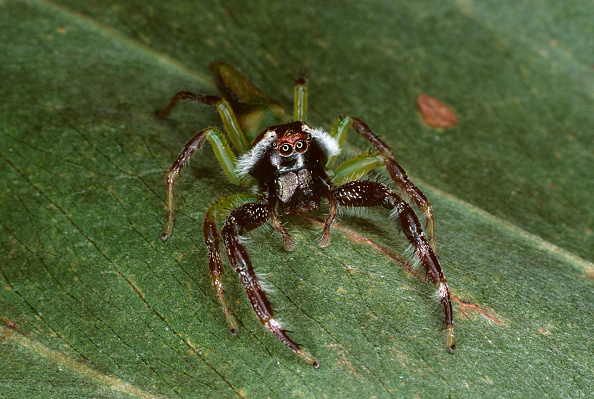 To display the animation to the spider, the team held the body of the spider still over a spherical "treadmill" that flip over a stream of compressed air.

The way the spider made attempt to walk over the treadmill was regarded as a symbol of its retort to the point-light animations. One after the other, the researchers showed the 60 spiders the point-light displays, and their response was recorded carefully.