Walking along a sandy track, a team of researchers is doing something kids have been told not to do, which is searching for funnel-web spiders.

Biochemist Glen King who is Leading the squad, which is named "bugs-and-drugs squad", from the University of Queensland has built a career unraveling the chemical formation of venomous creatures in Australia.

King and his squad have arrived at K'gari, the area you may know as Fraser Island in search of an exceptional kind of treasure in spider-web venom termed as a 'miracle molecule.'

It is known as Hi1a and it consists of neurotoxins that perform an action on the nervous system of the receiver. But the researchers are not keen on how it would cause harm to humans, they are concerned about how it could help them. 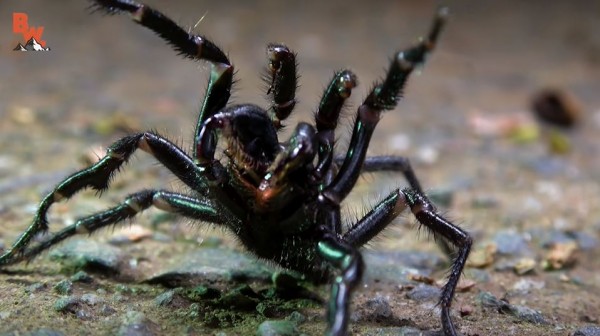 Read More: Even Lady-Spiders Use Sexy Silk to Catch a Male's Eye

Venom is a chemical weapon utilized by every kind of animal, starting from spiders and snakes to octopuses, jellyfishes, and even Ornithorhynchus anatinus. Venom can be of help to an animal in order to defeat prey they want to feed on or to keep them safe from predation.

Certainly, humans also regularly get poisoned, most especially by flies like bees and wasps. And even though the animal producing the venom might have no plan to consume us, their poison can still harm us in terms of pain, psychosis, suffering, and most especially death.

The venom consists of microscopic proteins which are all confined together, and each of them may have a different effect on the receiver (or even have no effect at all).

For instance, the Irukandji jellyfish incites a lot of pain, suffering, and possibly a desire for death, while the coastal taipan snake is capable of inciting internal bleeding and discharging of your bowels.

If you were mouthed by one of the web spiders that the researchers are looking for in the K'gari area, your lips might be trembling and you might begin to vomit and sweat profusely, your blood pressure will skyrocket and finally, your lungs will be filled with fluid.

These are frightening and possibly deadly effects, but on the contrary, some of the responses caused by venom could save human lives. In some medical conditions, doctors want to make blood clot or to make it thin, or doctors want to restrain movement or incite some chemical process in the body.

And so researchers like Professor King want to separate microscopic proteins in spider-web venom and see if the venom can be utilized in human therapeutics.

"We're keen on trying to create drugs that aim the nervous system," according to Professor King while looking for spider holes in the K'gari area.

As stated by Professor King Spider-webs on K'gari have been genetically confined from the mainland for ages, and their venom has created an exceptional peptide profile with a labyrinthine chemical formation.

Researchers examine the people of Butchulla sand island, moving around a hillside while being watchful of where they put their feet on. The kind of funnel-web they are searching for is called Hadronyche infensa.