Catastrophic Tornado in Ontario Leaves Trail of Destruction in Its Wake

Police confirmed there were several injuries after an unexpected tornado hit the city of Barrie on Thursday afternoon, leaving a mark of damage where it occurred. 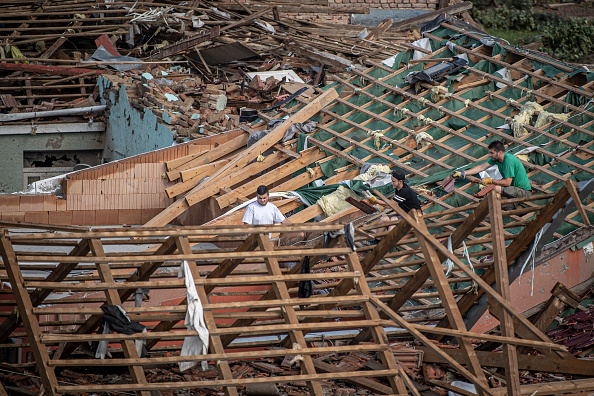 Barrie is a city in Ontario, Canada situated around 115 km (71 miles) north of Toronto. As per the police, the tornado caused injuries to several individuals and it also left some homes in destruction. Peter Leon, Barrie police spokesperson said the damage is catastrophic, significant, and major, as per CBC News.

In the pictures of the aftermath captured on the 15th of July, homes with chunks taken from the roofs were revealed, windows were shattered, and debris was all over lawns. In some instances, vehicles were turned upside down.

The tornado hit Barrie around 2:30 p.m., local time. Police were taking care of multiple reports of destructions in southeast Barrie following the tornado, the outlet reports.

Geoff Coulson, Environment Canada's warning preparedness meteorologist said on Thursday the agency's data together with images posted on social media confirmed the tornado. The agency does not yet have a definite idea of the length or width of the damaged path, said Coulson.

Also Read: Tornado Brings Chaos and Destruction in a Small Town in Kansas

Barrie Mayor Jeff Lehman went to Twitter to talk about the situation, where he appreciated first responders and told residents to steer clear of the area of Prince William Way and Mapleview, situated in southeast Barrie, as emergency crews make effort to ensure those in the area are not in danger.

Ontario Premier Doug Ford also went to social media, appreciating first responders and saying that his thoughts are with people the tornado affected. Ford wrote on Twitter, saying a big thank you to the first responders that are presently working to help the situation. Ford also urged everyone to stay safe.

Lehman told reporters that this is only the third tornado in Barrie that he has witnessed in his whole lifetime. 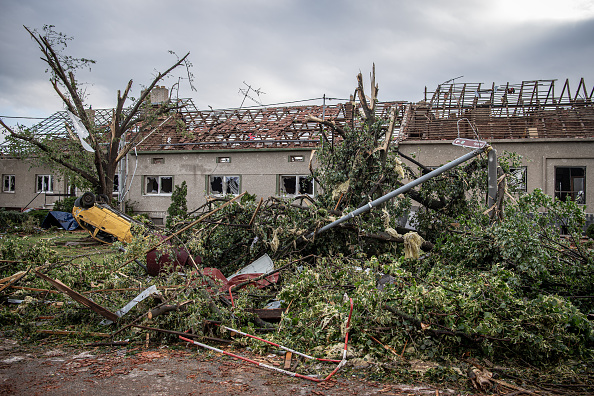 The day the tornado formed, Barrie saw temperatures in the 80s. A cold front was forcing itself into the region, with rain and thunderstorms accompanying it, Reppert said.

Reppert also said Friday into Saturday, Barrie is forecast to witness more rain and showers but is not forecast to see any more severe weather.

The tornado affected the public transit service for Hamilton regions and the Greater Toronto - GO Transit.  Every train on the Barrie Line was stopped at Bradford GO Station, this is because crews are carrying out inspections on tracks north of Bradford.

Authorities are still issuing various severe thunderstorm warnings and watches as the storm migrated east across the province.