Top 10 Most Dangerous Plants That Can Be Fatal

Take care with what you touch and eat. Plants may appear to be innocuous, yet they may contain some of the most lethal toxins known to man. Poisonous plants have been responsible for human fatalities throughout history, from Socrates' death from poison hemlock to children's inadvertent consumption of lethal nightshade.

Although their spines do a good job of protecting them from predators, certain plants' toxic compounds can kill animals and humans. Here is the list of the top 10 most hazardous plants found in our environment. 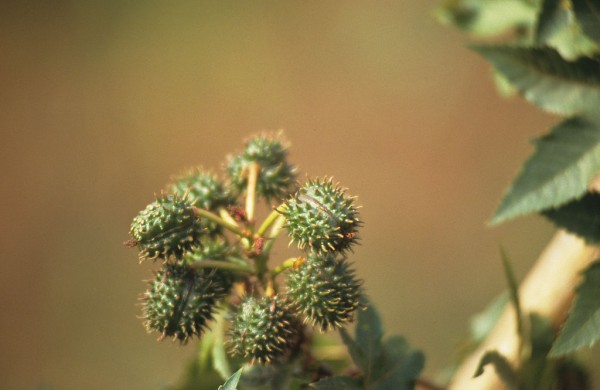 When the seeds of this tree are completely grown, the pumpkin-like fruit can explode with a loud pounding sound. The sandbox tree is endemic to South America's tropical regions including the Amazonian Rainforest. The toxic fruit of the sandbox tree, if consumed, can cause diarrhea, cramps, and vomiting. Some of the tree's components are also utilized for therapy or medicine.

The Manchineel plant is one of the world's ten most hazardous plants. It gives you terrible blisters if you stand beneath it in the rain, blinds you if the smoke from its burned wood gets into your eyes, can poison the water with its toxic leaves, and may kill you if you eat its fruit. This fruit, if consumed, can cause your throat to enlarge and close down entirely, blisters in your mouth, and even gastrointestinal issues.

This plant may be found in Central America, the Caribbean, and the Florida Everglades, is one of those attractive-looking plants that can be highly dangerous if eaten, handled, or even breathed over an extended length of time.

The Gympie-Gympie is one of the most lethal plants on the planet, capable of causing a human to commit suicide. Just a mere touch of its leaves causes excruciating pain, as if someone had thrown boiling acid at them while also electrocuting them. There is no cure, and it can take months or years to recover from the unbearable pain induced by a minor touch.

The facility was named after the Australian town of Gympie, which was founded in 1860 as a gold-mining Centre. The excruciatingly painful poison is supplied by microscopic, hairy filaments found on the plant's leaves, stems, and appetizing-looking fruits. Each filament has a tiny bulb at the tip that carries a neurotoxic that breaks down.

The wild parsnip is a carrot/parsley relative native to Europe and Asia. It can be found all the way from British Columbia to California, and from Ontario to Florida. The plant's leaves contain a toxic sap that contains compounds known as "furanocoumarins."

These substances can severely harm your skin, leaving it exposed to UV rays. Brushing or crushing the plant can cause the sap to be released, which can cause severe burns and blisters within 24 to 48 hours when exposed to sunlight.

The Nerium oleander is one of the top ten deadliest plants in the world, capable of poisoning both animals and humans. The plant produces two compounds, oleandrin and nerine, which can be fatal if consumed through its leaves.

It's so deadly that if you eat honey created by a bee that ate this plant, you'll be poisoned as well. Aside from its lethal characteristics, the plant is occasionally used for decoration. Although the scent of this plant is quite enticing, most animals avoid it. It is also used to prevent erosion on building sites.

The rosary pea, which is native to India and areas of tropical Asia, has been widely utilized as an attractive plant in Florida settings for decades. It has a very toxic toxin known as "abrin," which is considerably more deadly than ricin. It takes around 2.5 milligrams of this poison to kill a person. Fever, trouble breathing, nausea, and fluid in the lungs are all signs of ingesting this toxin. In most cases, death occurs within three to four days. This plant is frequently utilized in the production of imported jewelry and is popular as rosary prayer beads.

The Jimsonweed is found mostly in India and is utilized as a poison in various civilizations. Because of its hallucinogenic qualities, the herb is helpful in voodoo and spiritual possessions. A little higher dosage can result in hospitalization and, in extreme cases, death. Datura is one of the top ten most hazardous plants in the world, with pointed fruits and leaves.

The plant was discovered in America, but it is now spread all over the world. It is well-known for its therapeutic effects, including serving as an analgesic during surgery or bone setting and alleviating asthma symptoms.

Castor oil, one of the world's deadliest plants, was discovered in Africa but is now available globally. Castor poisoning symptoms include vomiting, nausea, internal bleeding, stomach pains, and circulatory and renal failure. Some people are allergic to the dust from the seeds, which can cause muscular pains, coughing, and shortness of breath.

Among the top ten deadly plants, Deadly Nightshade has the most terrifying moniker. Two of the plant's delicious berries may kill toddlers, while up to 20 berries can kill adults. Its toxicity causes impaired vision, light sensitivity, disorientation, dilated pupils, headaches, and convulsions.

These berries' lethal toxin immediately attacks the nerve system. This, one of the deadliest plants, may be found in the wild. The herb, on the other hand, is entirely harmless for animals and birds but can kill humans.

Cicutoxin, a toxic chemical found in the roots of the water hemlock plant, can induce violent convulsions or serious health problems such as forgetfulness. The plant grows in marshy parts of and produces severe and intense cramps, vomiting, muscular spasms, nausea, and vomiting. There is no safe quantity of water hemlock to ingest. They may be found in swampy parts of the American continent.

Also read: Some Cactus Species on the Brink of Extinction Due to Illegal Traffickers

A Gardener died after handling deadly plant in UK

Nathan Greenway, 33, died of multiple organ failure after allegedly touching a toxic plant in the estate in Upper Froyle. His legal team believes he came into contact with the deadly wild herb Aconitum Napellus visiting a Hampshire estate. Coroner Andrew Bradley of North East Hampshire stated the circumstances will be explored at a thorough inquiry.