As Hawaii's legislative year comes into an end, animal advocates celebrate the official ban on killing sharks in state waters, along with the passage of seven new animal protection laws. 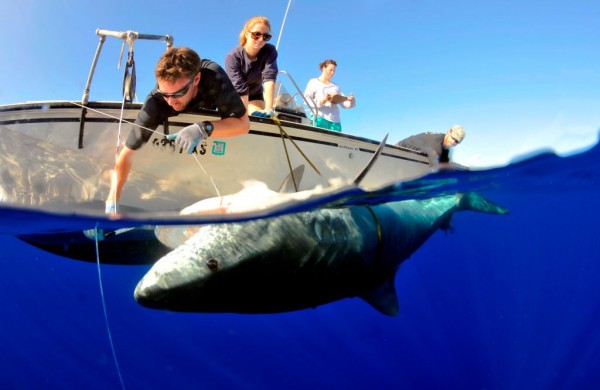 Hawaii recently joined Maine, Maryland and Virginia's legislation on forbidding the sale of cosmetic products practicing animal testing on the process of its production, one of the most notable animal protection effort under the law.

Hawaii also becomes the seventh state to ban intentional release of balloons, one of the three most critical wildlife protection law to be passed by the state, thus preventing marine animals to ingest or get entangled in the non-biodegradable balloon pieces and reducing other environmental concerns associated with them.

Moreover, Hawaii legislature passed a bill to authorize joining in the Interstate Wildlife Violator Compact to eradicate wildlife poaching and illegal wildlife trading. In the meantime, Massachusetts remains the only state that is not yet a member of the compact.

The declining population of sharks in a global scale also pushed through the needed law for complete ban on intentional killing of sharks in the state's waters. The state believes that the new law is 'needed now more than ever'.

Along with that, three new laws were passed to 'improve companion animal welfare'. One of them includes prohibiting inhumane dog tethering. This gives assurance to animal advocates that unsupervised dogs are safe, provided, and sheltered sufficiently.

Hawaii also bans sexual abuse of animals along with other 48 states, excluding West Virginia and New Mexico that are yet to join the movement. The law was linked to a similar abuse and violent acts on children in the state.

The Humane Society of the United States (HSUS) was impressed with Hawaii's initiative and effort to improve lives of animals, and for the 'exceptional progress' on working together as one for the animals.

"Hawaii made huge strides by passing seven bills within one session improving the lives of animals," said Senior Policy Director of State Affairs for Humane Society of the United States, Andi Bernat. "We hope that the state can serve as a leading example for the rest of the nation of what can happen when legislators and advocates commit to making humane changes."

"There are many times we work with legislators to introduce state bills that get rejected before they can even see a vote. This is what makes the Hawaii legislative year even more momentous," she noted.

HSUS expressed gratitude with the Hawaiian Humane Society, For the Fishes, Cruelty Free International, and the Humane Society Veterinary Medical Association, as well as the Hawaiian State representatives, Dr, Ranaella Steinberg and Dr. Eric Jayne for the supporting the legislative session.

"It's a reflection of the exceptional progress we are making together as a movement."

Also read: Bull Sharks Are Capable of Forming Friendship With Each Other, Study Suggests