Chinese researchers plan to fire more than 20 of the nation's largest rockets into space in hopes to potentially divert 'doomsday asteroids' that could impose massive destruction and end life on Earth.

The 23 Long March 5 rockets that weighs 992 tons (900 metric tons) are expected to deflect the 85.5-million-ton (77.5 million metric ton) asteroid Bennu. The space rock which is the size of the Empire State Building could hit Earth in 1 out of 2,700 chances, but would leave behind a historic catastrophic event.

The asteroid impact - 1,200 megatons of kinetic energy - could hit Earth with an collision that is roughly 80,000 times greater than the energy of the bomb dropped on Hiroshima, and as destructive as the 100-million-megaton space rock that wiped out the dinosaurs some 65 million years ago. 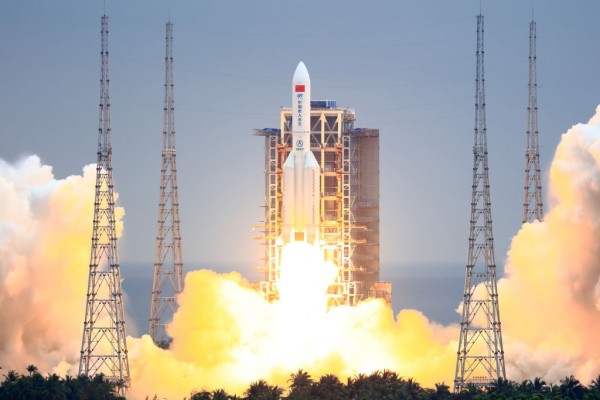 If you haven't watched the movie yet, Armageddon is a 1998 Bruce Willis film that used atomic bomb method to save the planet. In a 2013 article, it was predicted that the movie was real after Ukrainian astronomers detected a 1,350-foot-wide massive asteroid that could hit Earth on 2032, with a note that chances of collision could likely shift one way or another.

According to scientists from China's National Space Science Center, the asteroid Bennu could swipe within 4.6 million miles (7.5 million kilometers) of Earth's orbit between 2175 and 2199. The scientists plan to use the 'more direct, yet riskier means' such as the atomic bomb method in the aforementioned film, which in reality could lead to devastating consequences, but could divert the space rock away from a fatal course of around 6,000 miles (9,000 km) - 1.4 times the Earth's radius.

"Asteroid impacts pose a major threat to all life on Earth," Mingtao Li, space science engineer of the National Space Science Center in Beijing and lead author of the new study, wrote in the paper. "Deflecting an asteroid on an impact trajectory is critical to mitigating this threat."

China plans to follow the NASA Plan in dealing with asteroid Bennu, but theirs is 'slightly more costly'. The Hypervelocity Asteroid Mitigation Mission for Emergency Response (HAMMER) is the past proposal made by the United States of sending off a fleet of 30-foot-tall (9 meters) spacecraft to fend off the large asteroid in different direction. To do so, NASA conducted some simulations and found that around 34-53 HAMMER spacecrafts should be fired 10 years before Bennu collides with Earth.

A NASA spacecraft called Osiris-Rex was sent to the classified B-type asteroid to collect loose pieces of samples from its surface and expected to bring the samples back to Earth in 2023.

China's Long March 5 rockets had been a key to their space ambitions as they are being used to deliver modules to China's space station, as well as to launch probes to Moon and Mars. However, it also raised some major safety concerns due to their past uncontrolled reentry to Earth.