Millions of people are employed in the forestry industry, which connects us to an expanding range of consumer items that may be traced back to the forest. To fulfill ever-increasing national and international demand, nations frequently rely on natural resource exploitation and agricultural expansion. Land development destroys biodiversity, rich soil, and ecosystem services, endangering future generations' well-being.

Today, forests all around the globe are under attack. They are ill, they are burning, and they're going away. Economic expansion has put a great strain on the world's forests. To achieve this balance, everyone is encouraged to leave what is left intact, repair what can be restored, and be good stewards of our scarce woods. 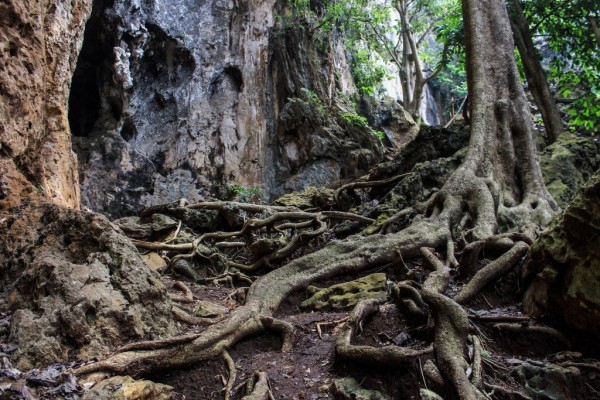 (Photo : Photo by Algi Febri Sugita/NurPhoto via Getty Images)
View of Goa Pawon during Puhun Pusaka Karatuan procession on 19 May, 2021 at Goa Pawon, Gunung Masigit, West Bandung Regency, Indonesia. "Puhun Pusaka Karatuan" is a process of asking for blessings from the ancestors as well as procession for handing over weapons (heirlooms) to their descendants.

For years, the country Indonesia, which has been the greatest producer of palm oil, has been open to anybody who wished to establish a plantation.

However, a ban on new plantation licenses that became permanent in 2019 under Widodo, along with record commodity prices, has slowed the commodity's previously unstoppable rise. Indonesia is home to one-third of the world's tropical rainforests, which are home to people and birds, leopards, rhinos, tigers, and gibbons. New safeguards are helping these crucial areas thrive.

Indigenous tribes, primates, and many more now have a seat at the table thanks to Indonesian President Joko Widodo, who was elected in 2014. The Widodo administration's shepherding of land-use changes and the re-establishment of a logging moratorium has resulted in four straight years of deforestation reductions. This consistent effort culminated in 2020, when the country recorded its lowest forest-loss rates since tracking started, with a 75 percent year-over-year decrease.

Half of Indonesia's 17,500 islands are now covered by forests, peatlands, marshes, or mangroves. There are some very lovely and iconic creatures that rely on trees for survival in those areas. These include the Sumatran orangutan, the Komodo dragon, rhinos in Java, starlings in Bali, dwarf buffalo in Sulawesi, and the Sunda clouded leopard in Kalimantan.

This beneficial shift in forestation techniques has been observed not just by communities, but also by the Norwegian government. The first tranche of a €1 billion prize came in Indonesia nearly a decade after signing an agreement that would reimburse government agencies if they could minimize forest loss.

Also read: Trees in Western US Are Slowly Dying of Thirst Brought by Severe Drought

The Palm Oil Moratorium in Indonesia

Since, Palm oil is the most widely produced vegetable oil, accounting for 66 million tons per year. Because of its cheap global market price and characteristics that lend themselves well to processed meals, the food industry has used it in half of all retail items.

Palm oil may be found in frozen pizzas, biscuits, margarine, body creams, soaps, cosmetics, candles, and detergents. Few people understand that biofuel accounts for nearly half of all palm oil imported into the EU. The mandated mixing of biofuels into motor vehicle fuels has been a major source of deforestation since 2009. Currently, oil palm plantations occupy more than 27 million hectares of the Earth's surface.

That is when Indonesia's president has made a temporary moratorium on forest clearing permanent. The government says the policy has proven effective in curtailing deforestation. Environmental activists say it has not helped slow the loss of primary forests. They say the deforestation rate has actually increased within areas that qualify for the moratorium.

The moratorium, which forbids the conversion of main natural forests and peatlands for oil palm, pulpwood, and logging concessions, was implemented in 2011 by then-President Susilo Bambang Yudhoyono as part of broader measures to decrease greenhouse gas emissions caused by deforestation.

The ban was originally set to last two years, but it has been extended three times since then, with the most recent extension agreed in 2017 and set to expire on July 17 of this year.