A team of marine scientists with the Schmidt Ocean Institute got on a research vessel named R/V Falkor and set out to the remote Phoenix Islands Archipelago in the west-central Pacific Ocean early June.

They mapped out more than 30,000 square kilometers (11,500 square miles) of the ocean floor with underwater cameras - high-resolution, for about 34 days, and they also captured footage of five more underwater mountains.

Researchers had never documented some of the animals that were gotten on camera before, like an uncommon whale shark and an octopus that appear like it's made of glass. On Thursday, the researchers safely arrived back ashore and they were prepared to share what they have discovered. Here are some highlights. 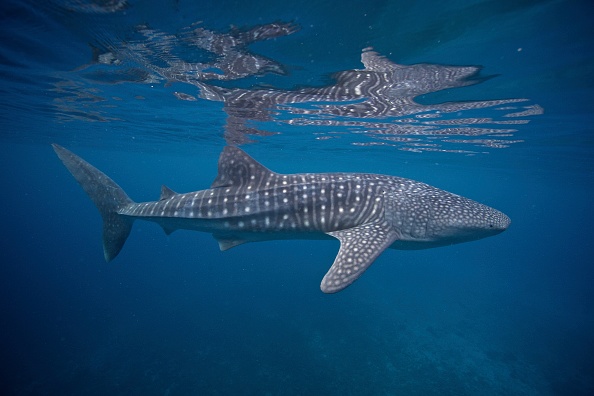 The team captured video of an uncommon marine species and deep sea organisms along the way, using their remotely operated vehicle cameras. The pictures and footage they arrived with could be of great help in making the case for further protections and unlocking secrets of the deep. Also, these sea creatures also just rule and/or are strange.

With the use of their underwater robot camera, which is referred to as SuBastian, researchers took video of this ghostly coral just north of the Pacific Remote Islands Marine National Monument, portion of the Phoenix Archipelago that fish and Wildlife Service safeguard. Possibly, it a species of gold coral that has never been discovered before.

These specie of coral are already very rare. The picture taken by the researchers does not reveal a gold-hued coral, but a ghostly white one.

On this journey, the researchers carried 21 dives into the deep sea, with a total of over 182 hours of research on the seafloor. One of the most thrilling parts of those dives was the use of SuBastian to take the first-ever video of a whale shark.

The whale shark is an uncommon, deep-water species of fish that has existed for millions of years. Its name was gotten due to its length-theis whale shark can measure over 12.2 meters (40 feet) long.

A Crab Consuming a Fish

The researchers sighted uncommon sea creatures on their trip, but as it got interesting, they also took a video of sea creatures engaging in strange behavior. The scientists had a suspicion that another crab, also seen in the footage, may have concealed the fish in the coral, safeguarding their secret meal. But their mate discovered it and couldn't help but ate it up. 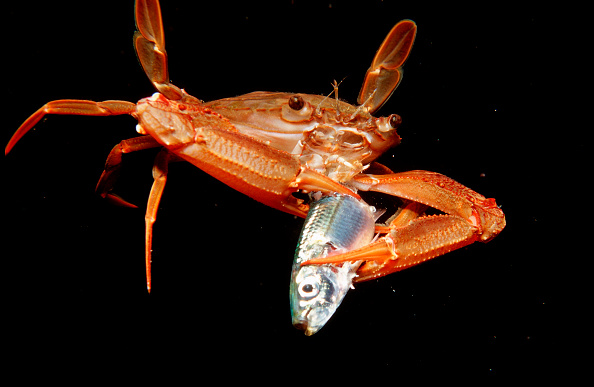 Another best part of the researchers' journey: two unusual encounters with one of the most bizarre and coolest species ever seen - a glass octopus. The bodies of these cyberpunk-looking creatures are transparent and gelatinous. Their eyeballs, optic nerves, and digestive tracts are the only colorful parts of them.

Related Article: 5 Weird Sea Creatures: You Will be Glad These Creatures Don't Live on Land