Animals that inhabit thousands of feet below the surface of the ocean have grown unique adaptabilities to remain alive. While some of these creatures may look bizarre to us, they have grown these displays over thousands of years to enable them to survive in their intense environments.

From attributes like bioluminescence, whereby creatures create their own source of light in the dark, to unique resistances against the severely high pressure in the deep sea, these creatures have discovered a way to survive in their mystical environment. 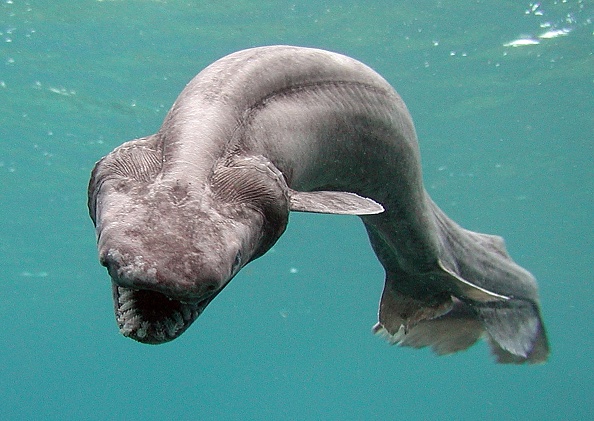 The Frilled Shark is a 'Living Fossil'

With its awful appearance, this creature is an example of a living fossil, a surviving animal whose display has not developed much over the years. The term can also be used for animals that have little or no close living relatives.

What is most odd about this ancient-looking creature, which is aboriginal to the Atlantic and Pacific Oceans, is how it reproduces. However, embryos of frilled sharks get energy from yolk sacs and they only give birth once their offspring can survive on their own.

Also called 'slime eels' because of the goop produced by their bodies to defend against predators. They are notorious for their offensive feeding habits. Hagfish lack jaws and they eat the deteriorating carcasses of other sea animals.

As the name suggests, these eels have no face. Last year, researchers in Australia discovered a faceless cusk an amazing 13,000 feet underneath the surface of the water. Oceanographers took the first sample of the species in 1873, and that was the last time they saw a faceless eel.

Identified by a sharp mouth, and teeth like canine, the Atlantic wolffish fulfill its lupine moniker. A species that eats hard-bodied invertebrates like marine snails and sea urchins, this wolffish is not combative towards human beings unless they provoke them.

The Atlantic Wolffish can be found in the North Atlantic and Arctic Oceans.

Goblin sharks are rare and can be identified by the shape of their snouts which are long and flattened. The goblin shark commands attention and they have 50 teeth in their mouths.

What's most interesting about them is that, in adulthood, the female goblin sharks are larger than the male's goblin sharks

In Latin, the name is even more sinister and not a squid or an octopus. Vampyroteuthis infernalis, which is the scientific name, meaning "vampire squid from hell."

The anglerfish is possibly one of the ugliest animals in the world, and it's widely known for the light growth on its head, which attracts prey to its death.

However, there are over 200 species of anglerfish, separated into four groups, which are batfish, goosefish, deep-sea angler, and frogfish. Most inhabit underneath Atlantic and Antarctic Oceans.

There are close to 300 grenadier species. A big-headed fish seen in warm and mild waters. Because of their long and tapered bodies, these creatures are better-called rat-tails.

This creature is a kind of cartilaginous fish like sharks and rays. It also bears an unusual resemblance to a dog called Zero in "The Nightmare Before Christmas."

Living mild to cold waters throughout the world. The Ghoulish chimera inhabits the sea bottom of 8,200 feet or even more than.

Aboriginal to the northeast Pacific Ocean beside California, this creature is a kind of small fish that shelters in tube-like structures formed by other animals.

They originally satiate on squid eggs, but researchers believe that the oversized mouths of the male may deter upon their feeding ability.

The barreleye was first identified in 1939 but remained strange to researchers until 2009 when they found that its wide eyes could spin inside of its head. This spinning ability enables them to look up for prey or face front to see what it is feeding on.

The Barreleye fish also have two spots (nares analogous to the nostrils of humans) over their mouths.

In an online poll carried out by a British Organization, the Blobfish is named the ugliest animal in the world. While most fish remain afloat by making use of the swim bladder, blobfish make use of the ocean itself to float.

Aboriginal to the Pacific Ocean, the Japanese spider crab inhabits at the bottom of 160 to 2,000 feet. Weighing up to 15 inches wide and growing up to 44 pounds, it is one of the widely known arthropods, which includes spiders, insects, and lobsters. 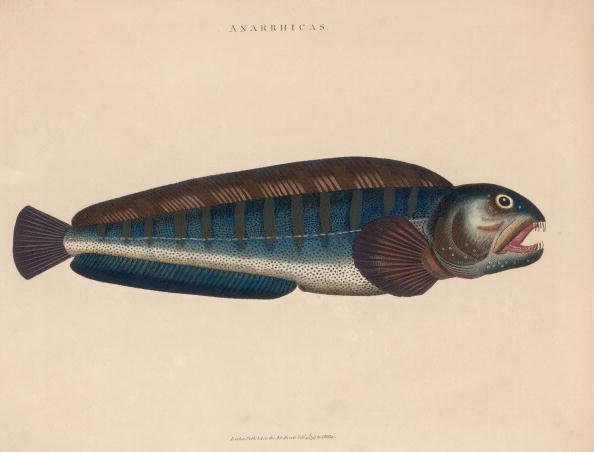 This lizardfish is seen at the sea level of over 3,200 feet and has been noticed in Africa between Gabon and Morocco and also in Europe between the Mediterranean sea and Northern Ireland.

Deepsea lizardfish, whose sharp teeth are used to catch prey, can develop to be more than two feet long.

These sea creatures produce their own light, even when they are in darkness. It's either they live solitary lives or live in colonies. They feed with the aid of filter-feeding.

This is one of the most compact critters in the deep-sea. They can develop to the lowest length of four feet, but their weight is not more than six ounces or seven ounces.