100 Giant Sinkholes Are Mysteriously Appearing in This Croatian Village

Just before the new year in 2021, the earth in a quiet area of Croatia began to act oddly. A near-perfectly round hole sprang out of nowhere in a garden in Meenani, a hamlet 40 kilometers (24 miles) from Croatia's capital city of Zagreb, measuring 30 meters (98 feet) broad and 15 meters (49 feet) deep. 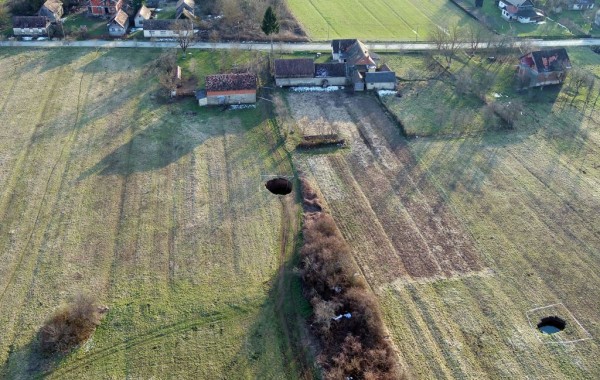 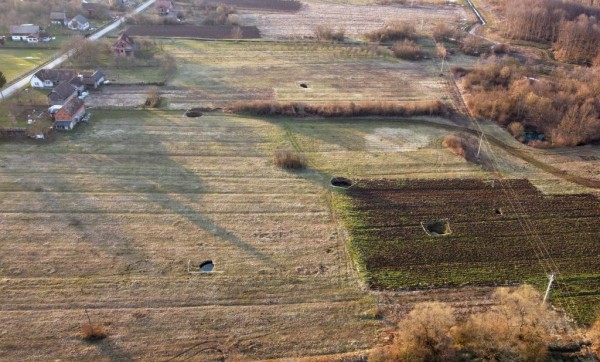 More and more of these huge holes appeared in Meenani and its adjacent village Borojevii during the next few weeks. According to the Croatian Geological Institute, at least 54 totally collapsed sinkholes of various sizes had been documented by the end of January.

According to an AFP report from March, there may have been as many as 100 sinkholes in and around the two communities. Some of the holes appeared in remote areas, while many others appeared within yards from people's homes. A few were discovered snuggled beneath homes, causing bricks to collapse and structure fractures to emerge.

In March 2021, Stojan Kresojevic, a Meenani resident, told Reuters, "We feel extremely uneasy." "We're surrounded by sinkholes, and the uncertainty is killing us." We have no idea if we'll be compelled to leave. These holes are hazardous because they suddenly open up with water gushing out." 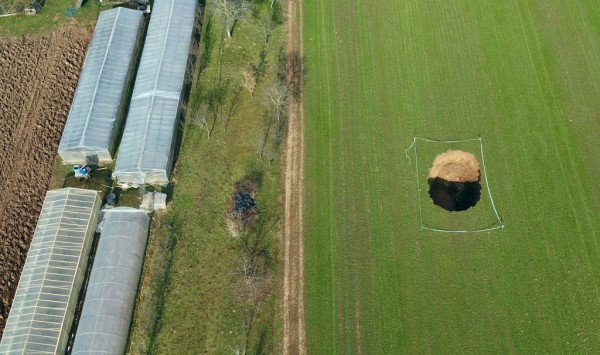 Fortunately, when it came to putting together this geological puzzle, researchers had a significant hint. A catastrophic 6.4 magnitude earthquake struck central Croatia in late December 2020, killing seven people and injured 26 more. Its vibrations were felt across Croatia, as well as in Bosnia and Herzegovina, and Serbia.

Sinkholes aren't a common sign of earthquakes, although they've been reported in places like Croatia with concealed subterranean tunnels and caverns. Croatia has hundreds of caverns, three of which are over 1,000 meters deep, thanks to its extensive Dinaric karst geology (3,261 feet).

Draining slightly acidic water progressively erodes the slightly soluble bedrock, such as limestone, to produce these deep subterranean caves. As a result, winding subterranean tunnels and cave chambers can eventually arise. A sinkhole can occur amid these buildings if the upper "ceiling" falls and exposes the subterranean system for whatever cause.

In one example in Croatia, it appears that a powerful earthquake in late December rocked several of these precariously situated ceilings, causing them to fall and create hundreds of sinkholes.

The ground above such cavities would collapse, and depressions would form even if there were no earthquakes, as has happened in the past. Still, earthquakes have expedited and amplified these processes, according to the Croatian Geological Institute. 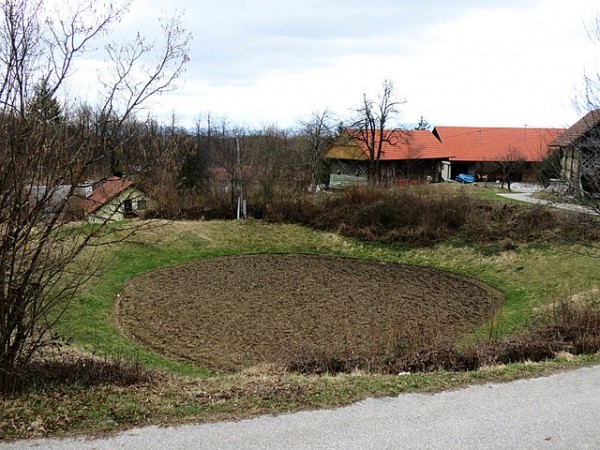 Sinkholes are frequent in areas where the geology under the land surface contains limestone, carbonate rock, salt beds, or rocks that may be dissolved naturally by groundwater running through them. Underground chambers and caverns form as the rock degrades.

Sinkholes are spectacular because the land generally remains intact for a long time until the subterranean areas get too large. A rapid collapse of the ground surface can occur if there is insufficient support for the land above the gaps. As shown in this image, these collapses might be minor or large and can happen where a home or road sits on top.

Also Read: 'Well to Hell': Ancient Pit Uncovered in the Middle of the Desert in Yemen