The Caspian Sea area, where Azerbaijan has enormous offshore oil and gas reserves, has been rattled by a powerful explosion. 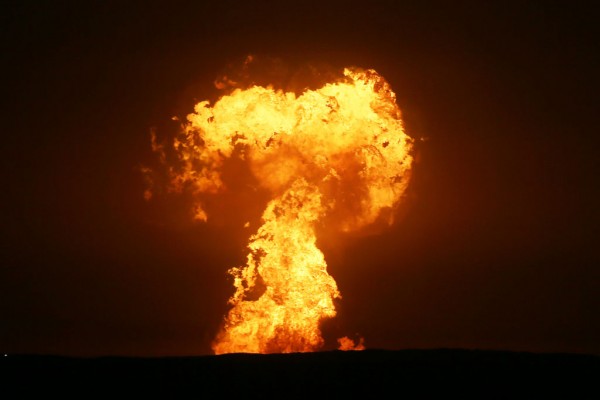 The origin of the burst, which sent a column of flames into the sky late Sunday, was not immediately identified. However, preliminary evidence suggested it was a mud volcano, according to the state oil firm Socar. The explosion caused no damage to Socar's platforms, according to the company.

Mud volcanoes, which erupt both mud and combustible gas, are abundant in the Caspian Sea.

According to Socar spokesperson Ibrahim Ahmadov, the incident occurred approximately 10 kilometers (six miles) from the Umid gas field, which is 45 kilometers (75 kilometers) off the coast of Baku, according to the Azerbaijani news agency APA.

The explosion "certainly could be a mud volcano," according to Mark Tingay, a mud volcano expert and adjunct associate professor at Australia's University of Adelaide. The location "roughly fits" with a mud volcano called Makarov Bank, which erupted in 1958, releasing a column of flame 500-600 meters high and 150 meters wide.

According to Tingay, the nation contains "hundreds" of mud volcanoes, with a fifth of them known to erupt severely.

Scientists aren't sure what causes mud volcanoes to erupt. Still, the most likely explanation is that boulders and pebbles were thrown upwards after an explosion collide, producing a spark igniting gasses.

Because of its underground oil and natural gas deposits, Azerbaijan is nicknamed the "Land of Fire." In the 13th century, the traveler Marco Polo reported flames created by the burning gas.

The explosion occurred on Sunday after a fire on the ocean surface west of Mexico's Yucatan peninsula was put out over the weekend after blazing for more than five hours.

Pemex, the state oil corporation, accused a gas leak from an underwater pipeline of starting the fire, which was dubbed the "eye of fire" on social media owing to its form. 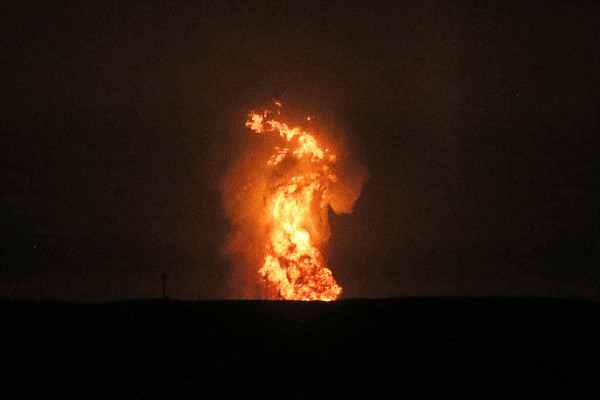 Subduction zones are connected with mud volcanoes, and there are around 1100 of them on or near land. The temperature of any active mud volcano is usually quite consistent and significantly lower than the temperatures observed in igneous volcanoes. Temperatures in mud volcanoes may range from around 100 degrees Celsius (212 degrees Fahrenheit) to 2 degrees Celsius (36 degrees Fahrenheit), with some being utilized as popular "mud baths."

Also Read: 'Well to Hell': Ancient Pit Uncovered in the Middle of the Desert in Yemen