Your Pet Cat Might Turn More Affectionate and Clingy During the Pandemic, Says New Study

Many of us have direct experience of how helpful our pets are in the middle of the odd and stressful pandemic and the lockdowns it has been. According to research, pets, regardless of species, provide stress reduction and reduce loneliness.

Researchers investigated the impact of the pandemic on pets revealed that a larger proportion of cat owners reported that their animal was more affectionate during lockdown.

A study held at the University of Lincoln 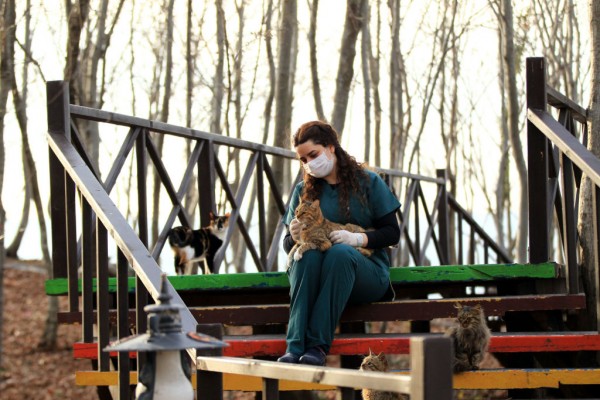 According to the recent study, cats who spend more time being pampered by their owners during lockdowns appear to be more affectionate. Given cats have an unjustified reputation for aloofness, this may come as a surprise to some. Researchers polled 5,323 persons who owned companion animals such as horses, reptiles, birds, and fish. During their first lockdown in 2020, more than 65 percent of participants noticed changes in the behavior of their pet animals.

Dogs showed the most unfavorable effects, becoming more demanding and howling if they were left alone in the house. Approximately 10% of dog, cat, and horse owners said that the modifications had upset their companion animal. Researchers at the University of Lincoln discovered that 35.9 percent of cats received more love from their owners.

They believe this is due to humans desiring greater companionship and intimate physical contact. They speculate that this may have motivated cats to seek out additional goodies and other resources. The findings were reported in the British Journal of Animal Welfare.

Also read: Difference Between the Brain of a Cat and a Dog: Who is Smarter?

Cats' well-being in a quarantine cattery

Four questionnaires were completed by the owners at the beginning of their cat's confinement, three months later, and two weeks and three months after the cats left quarantine to examine the impact of quarantine on 16 cats and their owners.

Owners reported that their cats were less devoted to them, less calm, more hyperactive, more aggressive, anxious, and less playful after confinement than before. The cats were friendlier, more loving, timider, and more talkative after they were released from confinement.

Human conduct has a Significant Influence on their Pets

Emily Shoesmith, a health scientist at the University of York, and her colleagues also examined owners' mental health before and during the lockdowns to determine if it was related to any of the changes. Pets whose owners had poorer mental health ratings prior to lockdown did not show as many changes as those whose mental health deteriorated during confinement.

Shoesmith and colleagues point out that survey studies have numerous drawbacks, such as self-reported replies, which may represent the owner's state of mind at the moment rather than an objective answer. Those polled also do not adequately represent the UK population; by far the majority of those polled were female.

"Owner mental health condition has a demonstrable influence on companion animal wellbeing and behavior," said Daniel Mills, a clinical animal behaviorist at the University of Lincoln. " It is certainly something we should think about while trying to do what's best for the animals we care for."

However, this recent study adds to others that show that changes in human habits have a major influence on the creatures with whom we spend our lives. It also emphasizes the need of spending more time with our cherished pets.