Giant "Mega-Comet", First Observed in 2014, Will Finally Be Passing by the Solar System

According to reports, astronomers have found that a huge object traveling from the furthest reaches of the solar system would pass within a decade of Saturn's orbit.

The comet, dubbed 2014 UN271, was discovered by the Dark Energy Survey (DES), a worldwide joint effort that began in 2013 and is now based at Chile's Victor Blanco Telescope with the goal of mapping galaxies, detecting supernovae, and unraveling dark energy riddles.

The finding was reported on June 19 using data from the Minor Planet Electronic Circulars, supported by NASA (MPECs). According to experts on social media, the hunk of rock and ice has an estimated diameter of 130 to 370 kilometers. Some say 2014 UN271 is the size of a tiny dwarf planet. However, astronomer Jonathan McDowell of the Harvard-Smithsonian Center for Astrophysics disagrees. He remarked on Twitter, "Seems like maybe a bit too tiny to qualify as a dwarf planet?" "Nevertheless, really cool."

Seems like maybe a tad too small to qualify as dwarf planet? Very cool nevertheless

A huge, white, and pixelated blob appeared in a picture of the Trans-Neptunian Object (TNO) released by University of Pennsylvania astronomer Pedro Bernardinelli, which he said was made up of numerous DES photos collected over many years between 2014 and 2018.

Related Article: "Blinking Giant" Star Spotted by Astronomers Near the Center of the Milky Way Galaxy

The orbit of the "mega-comet" has been revised several times, but it is extraordinarily lengthy - hundreds of billions of kilometers from the Sun - and takes 600,000 years.

"Based on the provided absolute magnitude and how unusually red it appeared in CFHT precovery pictures from 2014 (the g - r color was 0.9, and the r - I was 0.5!) I'd estimate a diameter of 130-370 kilometers (nominally 160) with an albedo of 0.01-0.08, putting it on par with, if not greater than, Sarabat's massive comet C/1729 P1, and very certainly the biggest Oort Cloud object yet discovered-nearly dwarf planet territory!" In a post on the Minor Planet Mailing List (MPML) forum, citizen astronomer Sam Deen remarked.

Deen added, "I have little doubt in my mind that when this comes closer to the sun, it will begin to exhibit the coma and tail typical of every other object yet seen in its orbit." 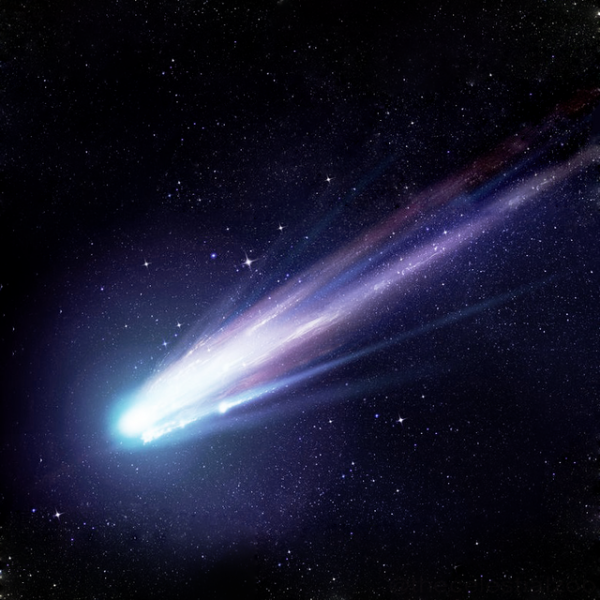 A comet is a tiny, frozen entity in the Solar System that heats up and begins to emit gases as it approaches the Sun, a process known as outgassing. This results in a visible atmosphere or coma, as well as a tail in rare cases. The impact of solar radiation and the solar wind on the nucleus of the comet cause these events. Comet nuclei are made up of loose collections of ice, dust, and tiny rocky particles that range in size from a few hundred meters to tens of kilometers wide.

The coma may be up to 15 times the size of Earth, and the tail could be more than one astronomical unit long. A comet may be observed without a telescope from Earth if it is brilliant enough, and it can cover an arc of 30° (60 Moons) across the sky. Many civilizations and faiths have seen and documented comets from ancient times.