Microscopic Creature Comes 'Alive' After Being Frozen for 24,000 Years in Arctic Permafrost

A discovery of tiny microscopic creatures frozen for 24,000 years in the Siberian permafrost have been revived by international scientists. Not only that, reproduction was immediately prevalent within these multicellular animals once woken up, which suggests that they have survived the freezing process.

Biologists firmly believed that these frozen creatures could withstand tens of thousands of years in cryptobiosis, a metabolic state of life where organisms respond to adverse environmental conditions such as freezing, along with desiccation and oxygen deficiency.

During this process, all measurable metabolic processes are completely stopped including reproduction. Biologist Stas Malavin of the Soil Cryology Laboratory at the Institute of Physicochemical and Biological Problems in Soil Science in Russia claims they have provided the 'hardest proof' of this phenomenon on their study of tardigrades and Bdelloid rotifers.

The arctic permafrost as a rich trove for ancient organisms 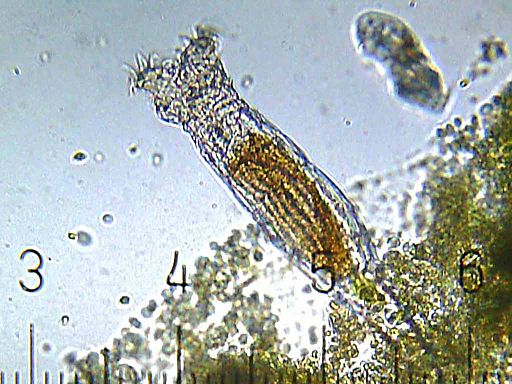 The Arctic permafrost was believed to have reserved organisms to survive a millennium, including microbes, plants, and moss. A fascinating discovery was that of the multicellular nematodes frozen from permafrost for 42,000 years.

On the recent recovery of a rotifer in the journal Current Biology on June 7, it suggested that the discovery of the nematodes was not pure luck. A rotifer is known today as a microscopic invertebrate or 'tiny aquatic beasties' that inhabits any bodies of water around the globe.

Other studies showed that they can survive conditions such as freezing and dehydration, and that their bodies only 'hits pause' on all biological functions during cryptobiosis. Moreover, scientists say they can even survive drying, starvation and low oxygen.

In a radiocarbon dating of permafrost sample collected from 11.5 feet below ground at the Alazeya River in Northern Siberia, it was confirmed that the sample was around 24,000 years old. Laboratory results showed that the living rotifers have begun reproducing significantly by means of parthenogenesis - a form of asexual cloning by self-impregnation - and was believed to be the only way rotifers can recreate.

The team concludes that these tiny creatures known as rotifers can shut down for up to thousands of years being frozen and then return back to life - 'a dream of many fiction writers' as Malavin had described.

They also noted that the slower the freezing process, the lesser damage it causes to rotifers' cells, allowing them to thrive. Unluckily, the reason behind how they could withstand the process for tens of thousands of years is not yet known.

Malavin noted that it would be more difficult and impossible to protect cells of more complex organism such as mammals from being frozen alive. Yet they hope to conduct further research and analysis on the multicellular, microscopic animals moving forward.

The team hopes to identify the mechanism in these creatures to offer them insights or clues on how it can better preserve cells, tissues, and organs of more complex organisms, including humans.