World’s Oldest Water Found in an Ancient Pool Below Canada 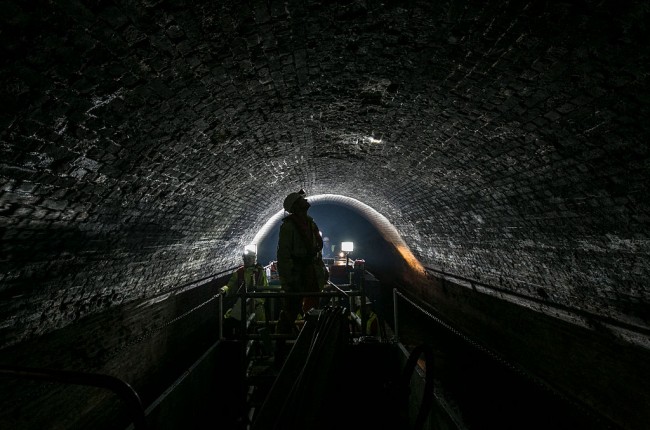 LONDON, ENGLAND - DECEMBER 01: The 4million bricks that make up London's longest canal tunnel are inspected today. The bricks date back to the 1800s when the Islington Tunnel on the Regent's Canal was built. The work is part of a £45million programme being spent by the Canal & River Trust this winter to repair and restore the nation's waterways at The Regent's Canal on December 1, 2015 in London, England.
(Photo : Photo by John Phillips/Getty Images for Canal & River Trust)

Back in 2013, a group of curious scientist ventured deep down the Kidd Mine in Ontario, Canada. There, they discovered what is said to be the world's oldest water in all of the world's history.

At the depth of 2.4 kilometers was an underground tunnel which led to a mine. The 3.1 kilometer depth of the mine encouraged the researchers to dig even deeper.

The researchers took advantage of the flow of the groundwater to analyze the dissolved gases in this water. The gases included were helium, neon, argon, and xenon. They were able to conclude that the water dates back to at least 2 billion years old, making it as the oldest known water in history.

They presented their discoveries at the American Geophysical Union Fall Meeting in San Francisco in the year 2016. There were microbes found in the water samples from the pool that was only found in deep ocean floors, to the astonishment of the researchers. Bacterium called chemolithotropic microbes was found on the water that has been feeding on nitrogen and sulphate. Not only that, the chemistry supporting them was similar to ocean beds that support similar extreme life forms.

"If geological processes can naturally supply a steady energy source in these rocks, the modern terrestrial subsurface biosphere may expand significantly both in breadth and depth." said Long Li from the University of Alberta. The researchers expressed that there's a lot more research to be done. The distribution of these ancient waters could be all over the earth!

According to Sherwood Lollar, there is much more to it than one might expect. "When people think of this water, they assume it must be a little bit of water trapped in the rock,"

"But in fact, it's bubbling up a lot. These things are flowing at a rate of liters per minute - the volume of water is much larger than anyone expected."

Also read: Youngest Volcanic Deposit from Mars Could Mean Life on the Planet

The billion-year-old liquid gave away a musty smell. "It literally is following your nose right up to the rock, to find the crack or the fractures where the water is discharging," said Sherwood Lollar. When Sherwood Lollar sent the water samples for testing, it was found that the liquid was up to 10 times saltier than sea water. The liquid was tested using a mass spectrometer by the University of Oxford.

It took over four years of rigorous testing to confirm an accurate age for the water. Sherwood Lolar was particulary interested in this Ancient Pool because she believed that the ancient water might help answer a question that has long been sought after: could there be life on other planets?

"If there are any biomarkers, indicators of past life, they've gotta be in the subsurface. We no longer think of life on Earth as this smear of biology on the surface. Life may be something that deeply permeates our planet."

Our existence is dependent on water, or the lack of it, in many ways. Almost all water on Mars today exists as ice, though it also exists in small quantities as vapor in the atmosphere. Could the outcomes of discovering this ancient liquid lead us to find that there is more to be found in Mars' water supply? And if so, will NASA dig a little deeper for it?