A rare display of the northern lights was seen in areas of the northern United States early Wednesday as a surprise storm rocked Earth's magnetic field, leaving skywatchers looking upward at pastel hues. There's a possibility that the show will resume Wednesday night, thanks to energetic particles striking the planet's upper atmosphere. 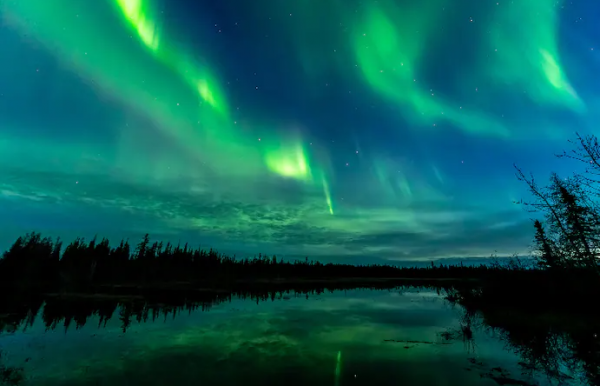 The northern lights have been seen in Alaska and Minnesota and in Canada and areas of Europe and the United Kingdom. In New Zealand, they were joined by their southern counterparts.

The geomagnetic storm hit a level 3 on a 1-to-5 scale, according to forecasters at the National Weather Service's Space Weather Prediction Center; level 3 storming will easily bring the lights dancing south into the Lower 48, although the most dramatic storming this time happened during daylight hours on Wednesday.

The storm was expected to reach level 1 status, which would limit any aurora observations to Canada and Alaska. Instead, energy coming from the sun has a more direct effect. The Space Weather Prediction Center classifies a level 3 geomagnetic storm as ""strong,"" and one happens daily every 130 days during the 11-year solar cycle.

It's unclear if the geomagnetic disturbance will begin to affect the Earth's upper atmosphere on Wednesday night, but the lights could still be apparent. G3 storms have been known to generate slight auroral displays as far north as Boston, Chicago, Seattle, the northern Plains, and the Corn Belt.

Many people will see any show as a milky-white arc on the horizon, similar to distant city lights. A select few may note playful pillars that glitter like a curtain fluttering in the wind.

Canada and Alaska have a greater chance of seeing the lights, while far northern areas will see near-total sunshine. The sun will not set in Utqiagvik, Alaska, previously known as Barrow, until August 2.

If and when cloud cover cracks in parts of northwest Europe, where nightfall arrives faster than in North America, viewing opportunities would be enhanced.

It's also worth noting that many photographers use long exposures to film the northern lights, resulting in images of lighter and more vivid colors than can be seen with the naked eye. Even so, if you live in the northern areas of the United States, it's worth looking north; unexpected incidents like this will happen.

Caused by a Solar Storm 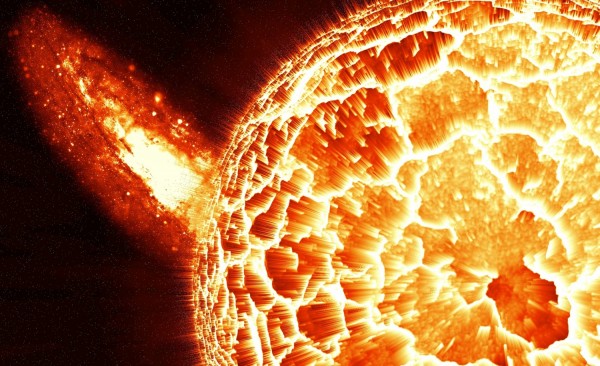 The northern lights are caused by solar radiation escaping into space. The ""solar storm"" is made up of high-energy ions. The interaction of such particles with Earth's magnetosphere, or magnetic field, is determined by their speed, density, and magnetic characteristics.

The aurora is created as the Earth's magnetosphere converts potentially toxic electromagnetic radiation into curtains of visible light. The lights will spread farther away from the poles as the noise becomes more powerful.

The solar wind is usually weak enough that aurora displays are only seen at high latitudes. However, even those in the middle latitudes will enjoy the display when the conditions are just right.

The northern lights' duration and intensity are often linked to an 11-year period on the sun that explains the number of apparent ""sunspots."" Sunspots are tiny, cold spots on the solar disk's surface that erupt and pulse with magnetic energy.