NASA Renews Spirit in Fighting Climate Change, After Being Limited in Former Administration 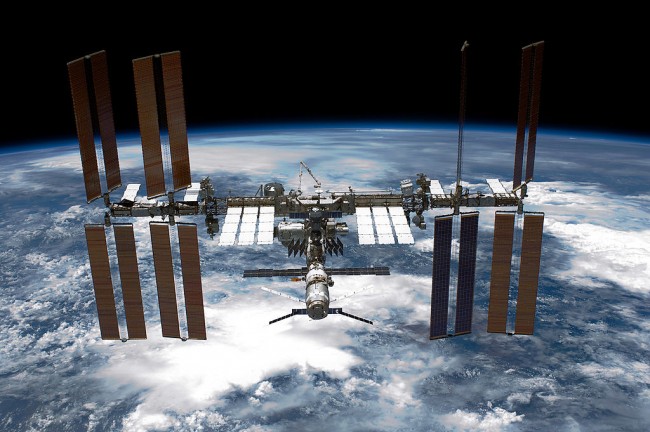 IN SPACE - MAY 29: In this handout provided by National Aeronautics and Space Administration (NASA), back dropped by planet Earth the International Space Station (ISS) is seen from NASA space shuttle Endeavour after the station and shuttle began their post-undocking relative separation May 29, 2011 in space. After 20 years, 25 missions and more than 115 million miles in space, NASA space shuttle Endeavour is on the last leg of its final flight to the International Space Station before being retired and donated to the California Science Center in Los Angeles. Capt. Mark E. Kelly, U.S. Rep. Gabrielle Giffords' (D-AZ) husband, has lead mission STS-134 as it delivered the Express Logistics Carrier-3 (ELC-3) and the Alpha Magnetic Spectrometer (AMS-2) to the International Space Station.
(Photo : Photo by NASA via Getty Images)

Climate change has already been a constant environmental crisis faced globally, with observable effects calling for action. That is why new-elected US President Joe Biden made sure that major NASA Earth-science missions are included in his platform.

NASA stands out for its excellent planetary discoveries, high technologies and successfully-launched satellites, which is why Biden believes the US federal agency is more than capable of realizing the climate mission and observing Earth while it changes would be easier from a bird's eye view. Monitoring would be made possible with the help of US National Oceanic and Atmospheric Administration (NOAA), mainly responsible for national weather forecasting. While the action is 'particularly crucial' as climate change accelerates, said agency officials, it is not totally impossible.

Bill Nelson, former senator and NASA's new administrator said in Senate confirmation hearing on April 21 that climate change has to be measured in order to mitigate it, thus the need for NASA's expertise.

NASA plans to launch series of epic spacecrafts and satellites to observe climate change in 2022. This includes US-India radar satellite known as NISAR which will focus on the Antarctic to track shifts in sea-ice cover, and US-Canadian-French-UK spacecraft that will survey freshwater resources and ocean currents.

An Earth observation from 2018 also led to future missions on designing a spacecraft to observe global warming, shifts in clouds and precipitation, and changes in Earth's mass as groundwater dries up.

The reported estimate for these significant missions reaches up to US$300 million and $800 million apiece but report says even with tight budget, the missions are highly doable. Over the years, NASA has been designated a budget of around $2 billion, lesser than other agency programs, which is why last April, Biden proposed on increasing NASA's Earth-sciences budget to nearly $2.3 billion. As of now, the Congress has not yet approved it.

Abdalati, previous chief scientist of NASA expressed his support on increasing budget for future missions, saying NASA's results has become better despite underinvestment for years. Continuing efforts are done to be able to continue doing climate science. In fact, new instrument called Libera is proposed to launch in 2027 to measure solar radiation. However, Karen St. Germain, head of NASA's Earth-science division in Washington DC admitted how the COVID-19 pandemic had been a challenging time and the project has not made that much progress as it would have.

Other efforts are done to make ends meet by partnering up with commercial companies to raise funds. The agency even put up a program by buying Earth-observation data from satellite companies, making them available to NASA-funded researchers and complement measurements from government satellites. However, NASA's efforts have, several times, been called off.

Boosting budget for NASA's Earth-science division would make a lot of difference on expediting progress on satellites to track climate change, and NASA is putting their hopes now on the Congress's approval.