Before Decapitated Worms Regrow Heads, They Can 'See' With Their Headless Bodies

Experts recently discovered tiny worms can "see" light in the absence of their eyes or their heads. Planarians are a form of flatworm, they are soft-bodied creatures and lack complex organs. 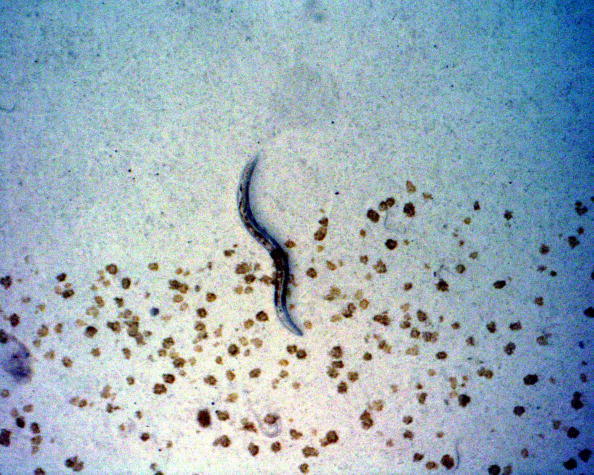 They possess two eyes that attach to a centralized bundle of ganglia in their heads and does the work of the brain, those eyes are very sensitive to ultraviolet (UV) light. The worms make use of their cilia (tiny hairlike structures on their bodies) in the presence of UV light to crawl away.

But, it turns out that the wee worms that measure just some millimeters long are not in need of their eyes or their brains for detection of light. When scientists cut off planarians' heads, the worms still had the ability to sense UV light. Cutting off the head of an animal might seem like a strange way to carry out behavior experiments.

But planarians are known for not only surviving after being decapitated but also for regenerating missing body parts easily. Amputation is not a big deal for planarians; cut one into different pieces and all pieces will regenerate into a new worm, as stated by the Max Planck Institute for Molecular Biomedicine in Münster, Germany.

Planarians that are decapitated grow new heads easily, and experts can even twist the genetic instructions of the worms to cajole them into growing the heads of various species, Live Science reported previously.

In the current study, released online May 3 in the journal Proceedings of the National Academy of Sciences (PNAS), the scientists discovered that planarian bodies possess cells that create a form of light-sensitive protein known as an opsin.

Arrays of these cells seen all over the periphery of the planarians' bodies manifested two opsins - NC R-opn 1 and NC R-opn 2 - while cell populations located at the central region only expressed NC R-opn 1.

Pigment cells were the cells producing just one opsin, the researchers found. The two opsins in the peripherally-located cells first detected UV light and then prompted movement in the headless worm, which crawled away in response to that light.

Only adult worms have this light-sensing superpower; worms that are newly hatched couldn't detect UV light after their heads were cut off,  implying that light-sensing cells in the worms' bodies mature after hatching, the researchers revealed.

The experts also discovered that when complete planarians were relaxing in a dormant sleep-like state, they would become lively in the presence of UV light, even when they didn't react to other visual stimuli. This implies that complete-body light-sensing helps in the protection of snoozing worms from UV rays that are harmful by activating movement when the worm is dormant and its vision is offline temporarily.

Related Article: Bizarre Plastic-Eating Wax Worm Might Be the Answer to Plastic Pollution