For most people, it is easy to remember the kind of foods you should never let out to spoil. There is meat, fruits and vegetables as well as most milk-based dishes. On the other hand, that does not necessarily mean other types of food are fair game. But as it turns out, even pasta can be lethal if it is not eaten for too long.

Certain bacteria that feed on carbohydrates and other nutrients can still end up infesting your next Italian masterpiece. And if ingested, it could lead to nasty food poisoning (or even damage your liver)

Dealing with bacteria in food

The most well-known pasta bacteria is called bacillus cereus. And if you have ever let pasta sit uncovered for too long (especially outdoors), then there is a big, bad chance that it could land.

This type of bacteria can easily grow and spread at room temperature in just about three hours. Once inside the body, it could start causing symptoms such as vomiting as well as diarrhea. In some worst case scenario, it may even be fatal.

One such case was a 20-year-old student in Belgium who died after eating pasta he had cooked five days earlier. He suffered from diarrhea, abdominal pain, and vomiting, which resulted in death.

Now, if you do not like the idea of something like that happening after a party, then a few simple habits can make a big difference. 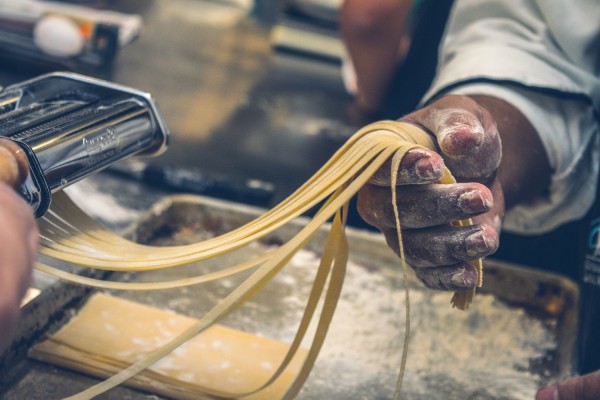 (Photo : Image by Free-Photos from Pixabay )

A good start would be to never let food sit around for more than two hours. Better yet, just try to finish all the pasta in one sitting instead of storing it away as leftovers. This will make it less likely that bacillus cereus will be able to spread all over your spaghetti.

This bacteria is also found in soil, so if you are eating pasta outdoors, make sure it is completely covered (preferably with plastic). That keeps away flies and other elements that could end up infesting the food.

Naturally, as with any bacteria, washing hands makes it less likely for them to land in the food that you eat. That goes for pasta as well as anything else!

Lastly, bacteria also spreads more easily in food that is not properly cooked. This goes not only for when you are boiling the pasta itself but also any sauce you are mixing it in. Likewise, if you really have to heat the pasta, make sure it is done on all sides. Any cold spots could likely be a breeding ground.

When you really think about it, letting pasta sit around for five days is not really ideal to begin with. And oftentimes, this is probably because you may have cooked too much, or may have neglected to eat it when you should have.

Make a point to remember just how much you plan on eating in one sitting. Learning the right sauce-to-pasta ratio can really go a long way too. Alternatively, at least try to leave as little as possible and then serve the pasta in another dish the day after. After all, the bacteria can't get to your food if you eat it all first!