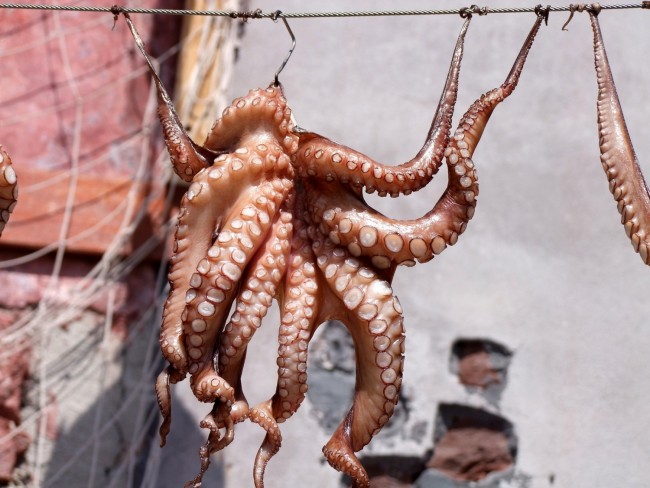 No doubt keeping livestock has benefited humankind over the years. But while sheep and cows adjusted well to farm life, there are one animal humans like to eat that won't adapt well in farms.

Scientists have argued in a May 2019 essay that octopuses must never be farmed. It is because of the environmental consequences such farms would cause.

The phenomenon already started. The global market for octopus as food is increasing. The market price in 2018 increased amid inadequate supply.

The octopuses harvested in the wild varies, which contributes to an unstable supply; hence attempts to produce octopuses in farms started. Efforts in multiple countries worldwide are underway to create an octopus farm, including trials of genetic modifications to stimulate aquaculture.

The practice would produce some known environmental consequences, a team of experts wrote in a recent edition of Issues in Science and Technology.

Nitrogen and phosphorus pollution from animal waste, interbreeding, the spread of disease, and loss of habitat are the few of the environmental consequences scientists noted in their study.

Octopus diet is the most significant environmental concern the scientists have noted. Octopus, like most farmed aquatic creatures, are carnivores. They need fish protein and oil in their diet. Octopus larvae only eat live food - that has to come from someplace.

The researchers wrote that farmed aquatic maintenance creates more burden on the wild.

The researchers added around one-third of the global fish catch feeds other animals, about half of which goes to aquaculture. Fishmeal fisheries, according to the researchers, are suppressed to overfishing and are bound to fail.

Octopuses need food with at least three times the weight of the animal over its existence, ensuring that their needs are satisfied in factory farms would create more. The phenomenon would likely cause global food security for humans to decrease.

Scientists also discovered the octopuses disturbing behaviors in captivity, such as cannibalism and eating the tips of their own tentacles - which could be the result of an infectious disease. The researchers added these animals "grow frustrated and bored" in an environment with no stimulation.

Octopuses, beyond their basic biological health and safety, are likely to ask more cognitive stimulation aside from controlling their environment, the scientists wrote. Concentrated farm systems, according to the researchers, are unavoidably harsh to these qualities.

There are more challenges to overcome at the moment, according to scientists, such as keeping the young octopus alive through to adulthood. Technological advances, however, could see the difference.

Research is growing ahead around the world. Experiments on octopus farming Mexico have reported breakthroughs in the last decade. A Japanese seafood company had successfully hatched octopus eggs in 2017.

The scientists, with so many problems already evident, are hoping this trade would end. The society would recognize the severe welfare and environmental problems associated with such projects if such an option does become practical, they wrote.

The scientists called on the academic institutions, governments, and private companies, to stop investing in octopus farming soon and focus their efforts on achieving a truly sustainable and humane future for food production.