Why Should We Start Planting More Sequoia Trees?

Yosemite's giant sequoias were toppled by extremely strong winds last month. Giant sequoias are massive - like, warp-your-sense-of-scale and melt-your-brain massive - if you haven't seen them in person. 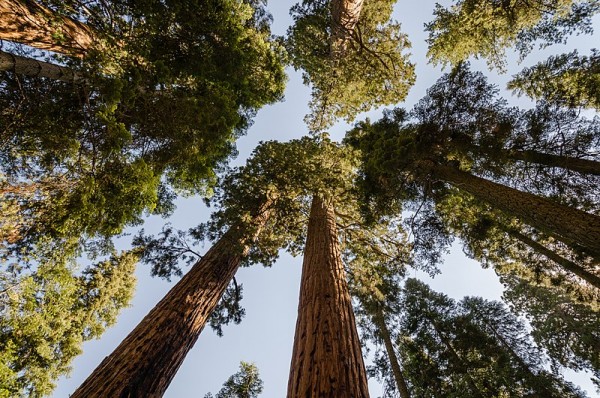 Not only are they massive, these giants can also live for a very long time.

A single tree will live for thousands of years. Sequoias have survived and outlasted wars, plagues, and fashion trends. Any sequoia has had to withstand starving goats, viruses, burns, snowstorms, El Nio occurrences, and years-long droughts in order to survive for thousands of years, not to mention opportunistic loggers in the 19th and 20th centuries.

What a shame, then, that 15 trees survived too many hurdles only to perish in a windstorm.

Though sequoias are well-adapted to their limited range in California's Western Sierras, this habitat has become particularly vulnerable to shifting weather conditions, and may be changing faster than sequoias can adapt or migrate. It's time to start planting a new generation of sequoias in warmer, surrounding environments if we want to ensure the longevity of these magnificent trees.

Although high winds are not unprecedented in the Yosemite area, the 80-mile-per-hour gusts last month were the most intense in at least a decade, causing the most damage to the park since floods in 1997.

And if the strong winds had little to do with climate change, the Sierras' continued environmental changes have resulted in more stressed trees. Shorter cold seasons have resulted in more rain rather than snow, resulting in flooding and mudslides in the winter. During the summer, there is less snowpack to fuel the rivers that sequoias and other plants rely on to remain hydrated throughout the year, which increases the likelihood of fires.

Summers that are hotter and drier cause trees to make sacrifices in order to maintain the little moisture they have, limiting their ability to thrive and rebuild. 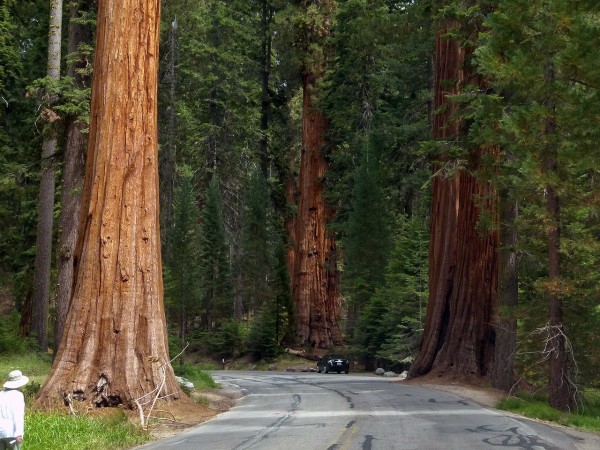 A stable sequoia can withstand adversity after adversity, but a stressed sequoia is more susceptible to fire, illness, mudslides, and wind. Climate change would only increase the frequency and magnitude of these incidents.

Slowing, stopping, and reversing climate change is the only thing we can do to save the remaining sequoias.

If these trees will tolerate many warmer decades or generations with human assistance, climate change would be yet another thing the sequoias have outlasted.

Related Article: Weird Nature: 5 of the Most Bizarre Bug Eating Plants on the Planet

One of the most obvious solutions to ensure that these trees survive a couple more centuries is to plant more of its kind. However, it would not be that easy.

Sequoias needed specific conditions to flourish. Aside from being subjected to ideal provisions, the trees also need at least a couple of decades before they can be as sturdy as their species' fully grown members.

Relocation is also put into consideration.

In response to climate change, a more contentious method of aided relocation is developing, in which managers relocate populations to a whole new habitat because their current one is too hot, dry, or otherwise unsuitable. Mobile animals typically do this on their own, preferring colder temperatures at the poles or at higher elevations during hotter times. In the snow, they do the same. This pattern is so consistent that the Environmental Protection Agency finds changes in bird and aquatic animal movements over the last century to be a sign of climate change.

Sequoias, on the other hand, are reluctant to travel quickly. Their range hasn't improved in over a century, and even under perfect circumstances, they're only supposed to extend a mile every 300 years. This is especially bad news because almost the entire population lives in the southernmost third of their range, far from the colder temperatures seen farther north.

The urban environment is a second impediment. Roads, agriculture, and houses fragment the habitat, limiting the potential of certain animals to spread out over time. Human activity changes soil and light properties, making previously ideal habitat unsuitable for plants.

As a result, assisted relocation is a human-made option for animals that would change for human-caused purposes. Critics contend that it serves as a diversion from more pressing problems (such as climate change and land use) and could also pose a moral hazard: Can the need to eliminate CO2 emissions be minimized if we can conserve more animals by pushing them around? Furthermore, the relocating of a species has the ability to disturb vulnerable habitats. Is it prudent to preserve one animal at the detriment of many others?

Sequoias are ideal test subjects for how responsible assisted migration could work because of their slow dispersal, long reproductive period, scientific merit, and sheer resilience.

ALSO READ: US Might Be Affected by EU's New Sustainable Investing Regulations