Weird Nature: 5 of the Most Bizarre Bug Eating Plants on the Planet

Carnivorous plants are the kind of plants that consume bugs or other small animals. These vegetations can look odd and sinister but bear in mind that they developed this ability to survive.

These plants are commonly found in bogs, heaths, swamps, and other places, which are notorious for their low, nutrient-deficient soils.

In certain situations, consuming other life forms is the plant's only method of defense to kill bugs or other small animals.

Instead of extracting nutrients from the soil, these plants adapted tactics to include meat in their diets as a coping strategy. The product of these modifications may be a plant that is odd-looking by traditional standards. Here are ten unusual and fascinating carnivorous plants.

Although many carnivorous plants have an intriguing appearance and sometimes stunning flowers, be mindful that they are also very temperamental plants to produce, necessitating particular growth conditions. Successfully growing pitcher plants or cobra lilies will definitely grant you bragging privileges, but these aren't plants for those who want low-maintenance plants.

Here are some of the most bizarre carnivorous plants on Earth: 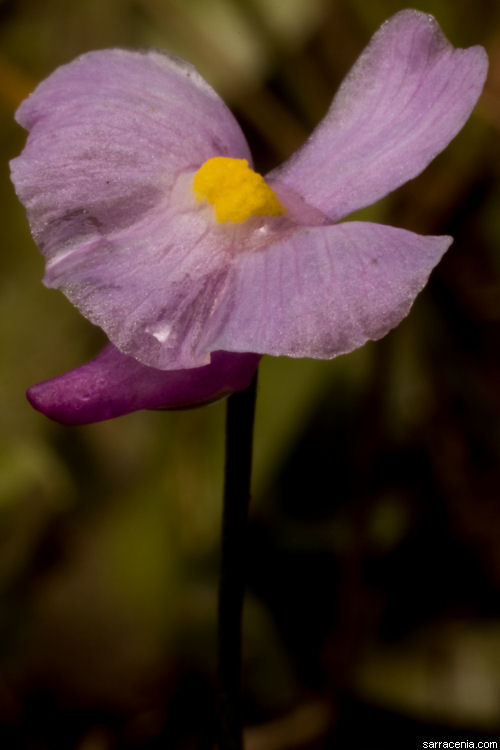 The Utricularia genus includes more than 200 aquatic and terrestrial wetland plants that draw water in from an elastic bean-shaped bladder that pops open when trigger hairs are touched by a tiny creature like daphnia (water flea).

The hollow bladder's opening draws water, and some poor creature is present in the same manner as a syringe draws blood in as the plunger is pulled out. The water is then slowly sucked out of the plant through filtering membranes. The tiny insect is trapped inside, where it is broken down by digestive fluids. 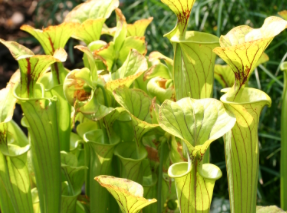 The pitcher plant gets its name because its modified leaf arrangement resembles a vessel for storing and pouring liquid. Sarracenia flava has a yellow pitcher that blooms from April to May on plants that rise 1 to 3 feet tall in sandy, boggy parts of the Southeast United States. The method for killing insects varies depending on the type of pitcher plant. Still, yellow pitcher plants use a chemical called coniine to destroy trapped insects, according to Peter D'Amato in The Savage Garden. 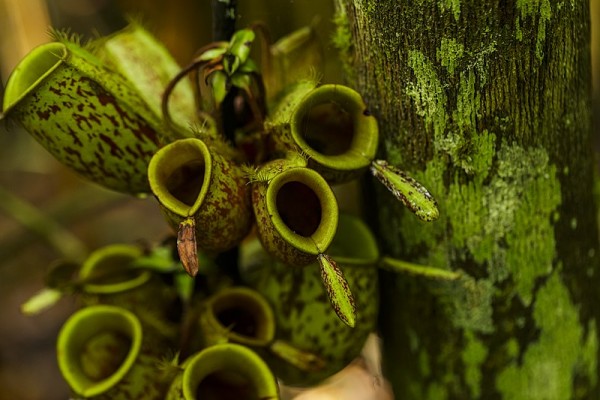 In addition to North American pitcher plants, there are tropical pitcher plants endemic to the Indian Ocean's fringes. Some are woody trees and are probably the strangest of all carnivorous plants. Their pitchers dangle, reminiscent of Daniel Boone's powder horn dangling from his back.

The Nepenthes genus includes over 150 species, some of which are so large (N. rajah and N. rafflesiana) that they have captured small rodents, lizards, and birds. Nepenthes x alata, N. x copelandii, N. fusca, and N. sanguinea are some of the most common indoor varieties. Like most carnivorous plants, these species are difficult to grow and are typically cultivated by enthusiasts rather than novice gardeners. 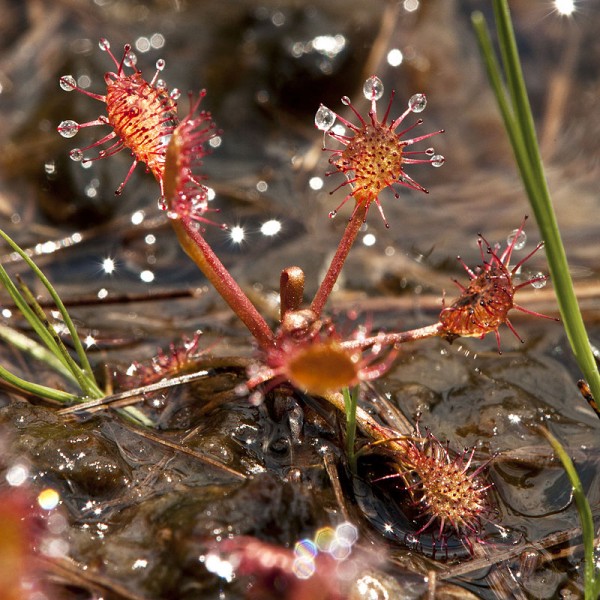 Sundews (Drosera spp.) are lovely plants that get their name from the glistening sticky secretions covering the stems' protruding hairs. The species are trapped by these hairs (technically known as trichomes) and their secretions.

Enzymes secreted by the trichomes break down insects' bodies, allowing nutrients to be ingested by the leaves. Unlike many pitcher plants, Sundews respond aggressively to touch; once contact is felt, the hair-like tentacles practically reach out for the insect. In certain insects, the leaves will coil up around the bug, engulfing it. 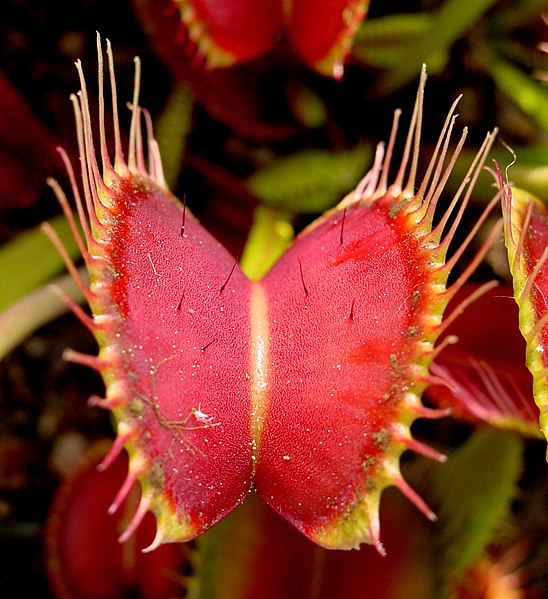 The Venus flytrap (Dionaea muscipula) is perhaps more well-known than any of the other carnivorous species. Not only are they widely sold as houseplants, but they've also featured in several science fiction films, including Little Shop of Horrors (in exaggerated forms).

Venus flytraps are not like other carnivorous plants that passively capture insects by lying in wait for them. The trapping system is constantly in motion. When an insect approaches the changed leaf structure and comes into contact with trigger hairs, the trap is set-the "jaws" clamp down, and the insect is trapped. The process is complicated because the hairs must be touched twice in quick succession for the plant to ensure the prey is genuine. The jaws snap shut around the bug in a blur, and digestion begins.