They have survived for hundreds of millions of years. Still, according to a recent study reported, many of the world's freshwater megafauna, including sumo-sized stingrays, gigantic catfish, and other freshwater fishes, may soon be on the verge of extinction.

A report warned of a "catastrophic" collapse in freshwater fish population, with about a third of them threatened with extinction. Conservation organizations said that 80 animals, 16 in the last year alone, were believed to have gone extinct. 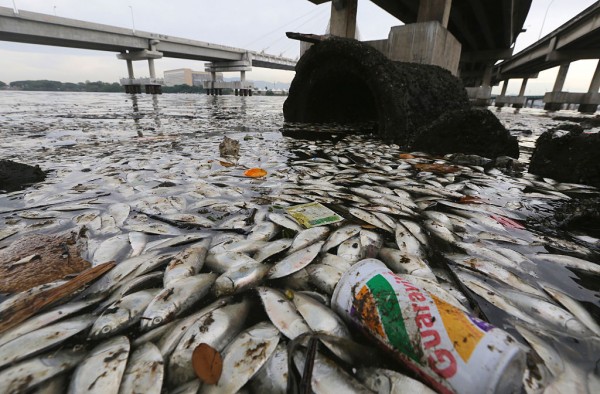 The global extinction in freshwater megafauna, including fish, rodents, amphibians, and mammals, have been quantified for the first time by researchers, and the findings paint a bleak picture. The global stocks of these freshwater giants have decreased by almost 90 percent over four decades since 1970, twice as much as reducing vertebrate populations on land or in the oceans.

For food and as a source of income, millions of people depend on freshwater fish by angling and the pet trade. However, due to pressures, including pollution, unsustainable fishing, and the damming and draining of rivers and wetlands, numbers have plummeted.

The study reported that migratory fish stocks had declined by three-quarters in the last 50 years.

Populations of larger species, known as 'megafish,' have declined by 94 percent during the same time span.

Related Article: Animals That Went Extinct In 2020 (and some that might disappear in 2021) 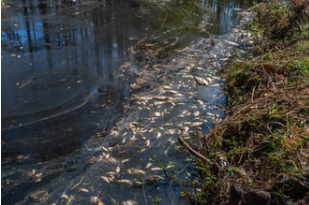 16 conservation organizations, including WWF, the London Zoological Society (ZSL), Global Wildlife Conservation, and The Nature Conservancy, are responsible for the research about "The World's Forgotten Fishes."

The sturgeon and the burbot have disappeared in UK waters while salmon populations are declining steadily, and the European eel appears to be critically endangered.

Most of the depletion is driven, according to the WWF, by the bad condition of waterways, mainly as a result of pollution, dams, and sewage.

It called on the government to restore good health to freshwater ecosystems by better applying current legislation, improving the Environment Bill's safeguards and advocating a clear collection of global priorities to recover biodiversity.

WWF's Dave Tickner said that freshwater ecosystems are some of the most vibrant on earth, but they are in devastating collapse worldwide, as this study reveals.

"Nature is in freefall, and the UK is no exception: wildlife struggles to survive, let alone thrive, in our polluted waters," said the organization's chief freshwater advisor.

"If we are to take this government's environmental promises seriously, it must get its act together, clean up our rivers and restore our freshwater habitats to good health. "

The Nature Conservancy's Carmen Revenga said that freshwater fish are a diverse and unique group of species that are essential for the healthy functioning of our rivers, lakes, and wetlands and depend on them for their food and income for millions of people, particularly the poor.

"Collective political will and successful partnership with the private sector, states, NGOs, and communities to introduce nature-based strategies that conserve freshwater species is now more important than ever, while still ensuring that human needs are addressed," she said.

Commenting, Dr. Jeremy Biggs of the Freshwater Habitats Trust said that we ought to understand both large and small waterways to protect freshwater biodiversity and protect all our freshwaters: wetlands, reservoirs, streams, and rivers.